My Caregiving Days Are Over

My Caregiving Days Are Over 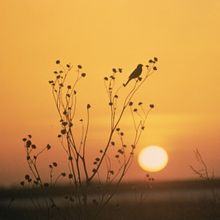 On September 1, 2013, my dad passed away peacefully, surrounded by both daughters, both sons-in-law, and all four grandchildren. I certainly didn't expect my caregiving days to be over this soon! I think I'm still sort of in shock. I do know with certainty that my dad is now dancing happily in heaven with my mom. When she died 12 years ago, my dad was never the same.

My husband and I will stay living here in my dad's house, which he left to us in his will. We now begin the process of personalizing Dad's house, turning it into “our house”.

As my last caregiving blog entry, I am sharing with you the eulogy I wrote for my dad which was read at his funeral. Thank you to all the caregiving.com members and your support! I will keep you all in my prayers!

The first thing I realized as I sat down to write this eulogy is that I can't possibly eulogize my dad without including my mom. They are a unit, held together through time and space and especially, love. They were a unit when I came into this world and even though my mom preceded my dad in death by 12 years, they remained a unit. Even years after my mom died, my dad could never bring himself to date another woman. He told me and I quote, “this until death do we part thing just doesn't work for me.”

My sister and I are so lucky. We had the best parents in the world! To say Dad was ahead of his time is an understatement. It still amazes me when I realize that when my sister was born in 1951, and I was born in 1956, my dad changed our diapers, fed us, gave us baths, and did every other thing that today's mom hopes their babies' “modern-day dad” will do in 2013. If my mom left us with him, he didn't consider it “babysitting”, we were HIS kids, too! Even with the four grandchildren, my dad was that involved in baby care.

My dad taught me so many great things that helped to form my personality, especially my moral compass and values. My parents taught us not to lie, steal, cheat, or judge someone by their looks. We were taught to ignore skin color, clothing, or any type of different appearance, and to look instead into the hearts and minds of people we met. Dad was a born leader and was respected and admired by the men he led as a Captain, and later a Battalion Chief on the fire department. He was known throughout the department for his firehouse rules as a captain: “No booze and no broads allowed! If you get in trouble and it's your fault, you're on your own. If you get in trouble and it's NOT your fault, I'll stand behind you.” He taught me how to lead and still be kind, empathetic, and most of all, fair.

My dad was also way ahead of his time regarding women's issues. I had friends who told me if they had told their dad they wanted to be a doctor, they would have been told they since they were female, they could be a nurse, or if they wanted to be a pilot, they could be a stewardess.But Dad told me constantly when I was growing up that I could do anything I wanted to do and be anything I wanted to be. At the time that just seemed normal. I figured everybody's dad was like that. It wasn't until I became an adult myself that I realized just how amazing and forward-thinking both my parents were.

Dad has always been there for me. He attended every orchestra concert, choir concert, production and play I was in. He did the same for my children.

He was there for me when I was suddenly single with a not quite one-year-old and not quite three-year-old and no job. He and my mother moved us right into their house, no questions asked, no complaints. My dad immediately added the role of father onto the grandfather role for my two kids, maintaining a dual role in their lives from then on.

He supported every decision I have ever made in life, whether he agreed with it or not. When his health started to deteriorate in early 2013, there was never a question in my mind that I needed to be there for him. At first, it was just coming to his house and taking him to doctor's appointments, to the store and to help organize his medications. As his health continued to worsen, it was a no-brainer for me to move in and take care of him all the time. Luckily, my husband was on board with the move. We moved in on Memorial Day and I had the honor of caring for him full-time all summer. I already miss him so much!

I am sorry for your loss, Cindy. \r\nYour Father sounded like a great character and your eulogy was just beautiful. Wishing you all the love and prayers for your journey after caregiving.

What a lovely tribute, Cindy. Thank you so much for sharing your story of such a wonderful dad and wonderful family.

Cindy, thank you for sharing. What a Giant of a man your father was and the legacy he left for his family! I pray that your family will feel joy as the memories are shared. What a blessing you have had in your life! I am sorry for your family's loss.

Cindy--I am so sorry. I can only imagine how much you must miss him.\r\n\r\nWhat a wonderful tribute to your amazing father. \r\n\r\nI think we are all so lucky to meet each other and meet everyone's carees. The life story of each caree is amazing, as is that of your dad's. He sounds like such a gentle soul who had the fortitude to stand by his convictions. He leaves you wonderful memories which become part of his lasting legacy. \r\n\r\nI'm thinking of you and your family.