My Challenges This Week

My Challenges This Week

0
It seems like every week we all have challenges. None of us in caregiving situations are immune to them -- it's just some weeks the challenges are small or "minor" and other weeks they can seem insurmountable.

For me, things have been moving along fairly smoothly. Yes, there have been bumps in the road, but nothing major.

This week I feel on edge and I know why.

Mostly, it's due to our youngest daughter - who is growing wings, falling in love and testing me in a number of ways. Normal kid stuff. :-) Her boyfriend (who lives over the border in the next state) had his vehicle go on the fritz. So, in an effort to help out, she has been taking him to work and picking him up each night to take him home, before coming home herself. Since he usually gets out around midnight, she is making the 30- to 45-minute drive often at 1 or 2 a.m. Yes, I stay awake (or try to) until she gets home, so my sleep has been deprived.

Last Tuesday when she got home, she told me she had gotten a speeding ticket on the highway - the officer had on the ticket she was going 22 miles an hour over he speed limit! Add to that, he marked the ticket that she was in a "safe corridor" (an area of higher accidents - and so fines there are doubled). She has a mandatory court appearance tomorrow morning. Besides being livid about this, I am just petrified what her actions may cost in terms of financial. She is contesting the speed and that she was doing the quoted speed in the "safety zone". Hopefully they will not try to make an example of her and perhaps lower the charges. Since she lost her job less than two weeks ago, I will help her with the fine. I did contact the court and when she is sentenced, she can ask the judge for a payment plan so I can break the fine into (hopefully) more manageable payments. But I am petrified that things may go south and we will wind up with a fine of several hundred dollars!

The positive side to this (did I actually say there was something positive here????):

My husband goes into the hospital Thursday for an angiogram with a probably overnight stay. The doc has vaguely said "something is going on" but he wants to do the angiogram to find out what. But whatever is found, he will not "fix" it on Thursday. With all the current stress and fuss over our youngest, I haven't had the time to worry about his procedure.

I could say this is bringing my towards the end of my rope but I think I'll make something pretty with the "rope" instead!

Meet your challenges head on this week and find the little positive things as you can. 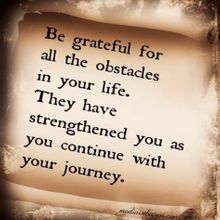