My Husband Has a New Girlfriend

My Husband Has a New Girlfriend 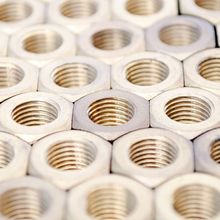 My husband has a new girlfriend. I was in the hardware store recently trying to get something to fix something which is about the best I can do to describe just about everything. Anyway a woman came to help me find whatever it was I was looking for and we started chatting. It turns out she’s a woman of many talents, one of which was to care for someone long term and another was working in an assisted living facility though she doesn’t any more. Recently I lost an aid and was about to get another when we had to take a five-ish day trip to my mother’s house. So we’re aidless.

Back to the hardware store: She also cleans houses. SOLD! My house is a royal mess and she was so likable and had a good vibe. I took her number and told her I’d call… which I did four hours later. The rest is history… a brief history so far. She’s worked with my honey two days. They're in love. They have the best time together. It makes me so happy when he’s able to have a smart witty fun person to be with and help him. She’s incredibly bright and courageous too (interesting background).

So far so good. Meanwhile the dog has a small tear in her ACL and isn’t supposed to do anything; no going up and down stairs, no running, no jumping on and off the bed. I told the vet I’d do the best I could. Well she looked down her nose at me for assuming I wouldn't do everything I could for my dog and if I didn’t do this it would mean she’d have a very expensive surgery later. Without going into the saga I said I’d do the best I could. I didn’t like her attitude.

We have a small house but still it’s not ideal for either the honey or the dog. Neither can do stairs well and the dog insists on running up and down the stairs if given the chance. The honey’s unnecessarily speedy too, in spite of crappy balance. So now I carry the dog every time I go up or down the stairs otherwise she’ll run up and down looking for me. She’s the supervisor of the house referred to as “The Management”.

When I come out of the shower I always see the door ajar about eight inches. Sometimes I’ll see her little head poking in checking to see if I’m there. I was told she is getting dog Alzheimer’s--seriously--by the vet. Hopefully I can get all the beings in the house to slow down so nobody has an accident. Ideally I’d get all the brains to shape up too! That includes mine.

Hi lilMaagill - All is going really well with her. Thanks!

This is good to hear! So glad you found the right person. :-)

Thanks Pegi and lookingheavenward. Another good day today: They made vanilla pudding pie :-) Have a good day tomorrow!

Sounds like you are kept on your toes! I am SO glad you have found a good aide - that is wonderful! I am SO sorry about your furbaby - a torn ACL is nasty business :( Keep your head up - you are doing great!