My Husband, the Guinea Pig

My Husband, the Guinea Pig 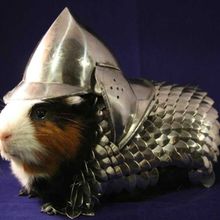 It's been quite a while since I have posted and today seems a good a day as any. Mike has been going to home care on a regular basis and was started on a Una's boot for wound management as well as compression management.

To be honest, I was really surprised that he decided to go as he deals with change so well (insert sarcasm here). I think the fact that he met with a nurse that actually listened to him made all the difference in the world. He was referred to home care in our county and met up with a new set of nurses and things have been going swimmingly well... until last week.

Last week he received a call from someone from home care saying that instead of coming in twice a week for dressing change, he would be coming in once a week. What? Wait a minute! Who did you say you were again. Apparently the person calling stated that they were his case worker... case worker? He has a case worker? Funny because he hadn't met anyone other than the nurses. Every time he tried to question what was going on she would say, 'I'm your case worker and this is how it's going to go'. Mike mentioned that he didn't know who she was as they had never met and he was met with the response of 'Well you come in very early and I don't come in until 9 a.m.'. Gee thanks.

So let's get this straight. You've never met Mike, you've never seen his leg or his wound, and yet you're going to make a decision on how to take care of it all? That doesn't make any sense. Mike had called me at work to discuss this as he was quite upset, and I can't say I blame him. I told him he should go to home care and talk to this lady face to face, but considering the weather was beyond miserable, he had to wait. In the mean time I did get him to call the original nurse who had done his intake because she had said if he had any questions or concerns that he could phone her.

I am so glad that Maureen, his intake nurse, took the time out of her day to call him back and help him come up with a plan. She recommended that he go in the next morning and discuss his concerns with his case worker and see if they could come to a mutual agreement. He was concerned that not being able to bathe properly or clean his wound would lead to an infection or other issues and they were validated by Maureen. So he went in the next day and met with his case worker and came to the conclusion that he would try to keep the dressing for a week, but come the day it was to be removed we would remove it at home (she wanted him to wait to get to the clinic) so that he could shower and clean his wound. He promised to take pictures of his foot and calf so that they could see what it looked like when he took the dressing off.

So today was a week and we took the dressing off this a.m. I grabbed the Kodak and he modeled his foot for me. To be honest it didn't look that great. I went to work while he was in the shower and managed a  phone call later in the day to catch up with him. Apparently they don't want him to keep the dressing on for a week, so it looks like he is back to once a week. Surprise! Also, the nurse he gets along with asked if he minded being a guinea pig for a new dressing. He said sure and went back this afternoon for a new 3M lymphatic dressing. It is supposed to help his wound heal and get his leg to drain. They went from his toes up to his hip, but it looks like he will be going back to the clinic tomorrow as it isn't staying up. He has a bad case of elephant knee (anyone who has worn a pair of tights knows what I mean) and it is starting to roll. He is going to keep it on for a few hours more and I am going to check his leg to see if we have to remove the upper portion.

My husband, the guinea pig, seems to have taken this change pretty well and I couldn't be prouder!

Kudos to Maureen, Mike, and you! That's a great balance of being flexible and sticking to your guns at the same time. I'm keeping my fingers crossed that the new dressing works well.

Chris...Garter belt and garters, that should work...will make him feel like a new man!\r\n\r\nOn a more serious note, when you find a good one hang on tight! Sounds like you have found a good one. Mike seems happier and more compliant too. Yippee. Good luck with the new dressing, hopefully things will continue to get better.