My Journey So Far

My Journey So Far 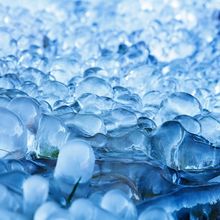 (Editor's Note: We welcome another blogger today. While new to the blogging team, Maria (@mariakeil) has been a member of Caregiving.com for more than a year.)

Hi! My name is Maria and I live in Wichita, Kansas. I have been a caregiver to my grandfather who passed away 3 and a half years after being on dialysis for the last four years of his life. I was also the guardian of my mentally handicapped aunt who had encephalitis and viral pneumonia when she was 9 months old. She passed away 3 and a half years of a massive stroke.

Six months after she passed away my husband's brother committed suicide. He had had issues but we didn't have any idea how bad things were. My husband found him and we had to go tell his parents what had happened. The worse part about this is that my husband's parents have not gotten along for along time and things are even worse now.

My mother-in-law knew how bad things were and didn't tell anyone. Brother-in-law went to the ER five times in the month before he died complaining of various issues and the only person that he confided in was his mother who has her own issues. When we told her what happened she said, "I told him not to do that."

Which brings me to the present.

This past fall Father-In-Law started having back and leg pains. After six weeks and numerous doctor visits he was diagnosed with a blood clot in left leg from his knee to his hip. During this time he drove while on pain meds and did what he wanted to do. Father-in-Law is 100% German and doesn't listen to authority figures very well. He thinks he knows it all. He went to see his Primary Care Physician two or three times during this process & PCP did nothing.

At first he said he would never see his again but has since changed his mind and has gone back to him. Last week he went to Western Kansas for a funeral as they were getting snow. He also has a farm in western Kansas which he farms but doesn't live there.

Poor hubby has to deal with all of this stuff by himself as neither one of them will let the other one get involved and they don't want anyone else involved as no one else needs to know their business. My life is definitely interesting!

I'm so glad you felt better after blogging. It's one of the reasons I encourage it so much. Writing it out just makes you feel better. :)

Hi Maria--I love that you've started blogging. I'm looking forward to reading your future posts.\r\n\r\nYou and your husband have had such heartbreaking tragedies. I imagine the loss of your brother-in-law feels that much bitter when you interact with your mother-in-law. I'm curious: Do you hold any grudge against her?