0
(Editor's Note: We welcome Jen, who cares for her mom while raising her three kids, to our blogging team. Jen also posted a question about moving her mom in our Q&A section. You can connect with Jen on her profile page: @jen.) 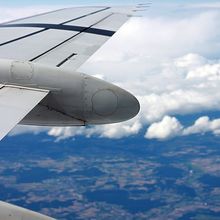 My mom has not had an easy life and has struggled with alcohol and nicotine dependence for most of it. She's only in her 50's, but in the fall of 2013, she suffered a stoke. I live in Arizona and she lives in Wisconsin, but we have always been close. Leading up to the stroke, she told me several times that she wanted to come and live with me. I told her it was fine and left it at that. She has also been a bit of a wanderer and was married to her fifth husband at the time. Because she drifted so much, I simply offered support and told her she could come whenever she was ready. I will never know what really happened when she had the stroke, but she was not hospitalized for 10 days after. I have been told she exhibited classic stroke signs to the point where she lost the ability to walk, to move her left leg, to talk, and that she passed out and could not be woken. Her husband did not get her treatment. It was not until the 10th day after that she could no longer be revived that emergency services were called.

They did not expect her to survive, but she did. She is a feisty one. I sent much of the next four months in continual transit with my kids in tow to follow up on her care and look after her as best as I could. When it was decided that she would need a legal guardian, I asked for the position. I though surely they would not give it to the man who left her for dead, but they did. Because she was in the hospital and under continual care from others, and I could not afford a lawyer to fight it, I accepted it. I never said a word to her husband. Instead, I asked him if I could bring her out with me and he said he was okay with that. However, I was continually told by hospital staff, and later, nursing home staff, that my mother was not fit for transport and I was not fit to care for her, given that I was already caring for small children. I accepted this and remained as involved as I could be.

Her husband began fundraising efforts to bring home his "beloved wife," despite the fact that their home should be condemned and that doctors said she would never go home. These funds, he pocketed and used for himself. When my mother's social security checks began arriving, which should have gone to pay for her care, he pocketed those too. Eventually, her benefits were in danger of being cut entirely and her facility was behind several months in payments. In July 2014, they came to me and asked if I would take over as guardian. Despite the fact that my own husband had begun an affair during my trips to look after my mom and had filed for divorce just weeks before I got the call, I gave them an absolute "yes." I told them just to tell me what I needed to do and that I would do it. I warned them I would need a little hand-holding to make sure I did everything I needed to and they said they would guide me.

Well, that guidance never came. Trial by fire. I didn't realize I needed to be closing bank accounts, changing mailing addresses and such. I just signed paperwork as needed and did what I was told to do. I got her benefits started up again, and she was recovering well enough that she no longer needed acute care- she could move to assisted living. I thought it was my chance to bring her here and was told that although she was well enough to travel, I wouldn't be able to move her quick enough, that they could get her into assisted living immediately. My mom was suffering from depression and was suicidal at that point. She said she couldn't sleep in the acute care facility and she hated it there that much. So, I made the arrangements to transfer her locally.

The acute care facility had done a fantastic job of ensuring her needs were met, medically speaking, and she was getting physical therapy. She wasn't getting visitors, mental stimulation, or emotional support, though, and she spent much of her days staring out a window or watching TV. I expected the group home to provide the same level of care, but with more one on one. I was alarmed to learn that she was both smoking and drinking again. Within a week, she fell out of her bed- the aid helped sit her up at the edge of the bed, gave her a muscle relaxer, and left the room. For some reason, they were surprised that she fell out of bed, while unattended, and on muscle relaxers. Then, a couple of weeks later, she was taken to the hospital because her leg was exhibiting symptoms of a clot. They said it was just cold and released her. Then, she complained of arm pain, so they sent her to the hospital again. They said it was a focal seizure and released her. The next morning, she was crying and in pain and disoriented. She was transported to a new hospital where it was discovered she had stenosis. The doctor informed me he would not release her until she had physical therapy lined up... for months, she had not been receiving physical therapy and nobody told me. It was the cause of all the hospitalizations and it could have all been prevented if she had been properly looked after.

There is a protective order that was put in place when my mom's husband had guardianship, so I will need court approval to move her, but the social worker has already said she will support it. I can only imagine what my poor mother has been dealing with. Nobody will accept responsibility and I feel utterly powerless from her to help her.

I don't know how to make this right, but I will do my best. I am putting together my plan of action before I approach the courts and request to move her. She is stable enough for a flight, so that's a non-issue. The problem comes in when I get her here. I'm a single mom with three kids, two of which need continual care as well. If I can line it up so I have help, whether it's a company that takes her on day trips occasionally or in-home care on a regular basis, I think I can make this work with her in my home. But, it's not enough to think it will work. I need to know exactly how I will handle every aspect of her care. How I will get her benefits transferred. What will happen if there's a lapse in coverage from state to state. If I don't have everything ironed out, I will not be able to make it work and I will have no choice but to put her in another assisted living facility. I can only imagine how emotionally devastating that will be for her.

I have a million phone calls out and I'm trying to make this happen fast. She was only released from the hospital last weekend, but I fear that every day she is not with me, her life is at risk because she's not getting proper care. I continually think about what would have happened if I had just said, "I'll come get you now, Mom," when she told me she wanted to live with me right before her stroke. I don't doubt she would have still had it, but she would have gotten help right away and she wouldn't be where she is now. I am so lost trying to navigate the systems. Every "advocate" tells me something different and I'm back to square one. I will make this work, though. One way or the other.