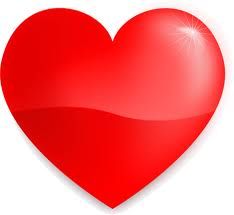 A while after my first wife passed on, I jumped back into the dating pool. Mostly this consisted of using various dating sites like eHarmony and OKCupid. After lots of good and not-so-good experiences, I became adept at looking at a profile, picking out a few key details, and writing an e-mail that created just enough suspense that the woman on the other end would be inclined to write back. This required some time as I had better luck when I put a bit of thought into my e-mails.

One Thursday night at bedtime, I was bored. It was actually 90 minutes past bedtime, and I was dog tired, but for some reason my brain wanted some stimulation before I went to bed. So I thought, let's see if there's anything new on OKCupid. Then lightning struck! Who is this Skyee69? As I read over her profile and looked at her photos, something was just so right about her. I did not have to think anything; I just wrote an e-mail. I simply knew what to write!  After finishing the e-mail, I went to bed.

I woke up the next morning with invites from Google+ and Facebook, as well as a good-morning text message. I thought to myself, wow, I must have done something right! Skyee69 (aka Heather) told me that my note and profile impacted her so much that she woke up from a narcoleptic sleep to get on her computer and respond. Later in our relationship she told me that at the point I had written her, she only wanted friends, because she was starting a new life in a new apartment after her ex broke up with her.  But she changed her mind when I wrote.

Over the next week, we e-mailed, IM'd, texted, and spoke on the phone. Incessantly. Our first date wasn't the normal affair; she could not get around much and she trusted me, so she invited me to her place on a Saturday. In the past I had first dates that lasted anywhere from an hour to four hours, but I was at her place for 14 hours that first Saturday!

Like people in any new relationship, we had our ups and downs; we were tentative at first, each for our own reasons. We each had our own way of doing things and a lot of differences, and we were keen to see if those were things we could work through. Fortunately, as far as working toward a great relationship is concerned, we are both extremely compatible. Because of this, our relationship progressed rapidly.  About a year after we first met, I popped the big question in front of a photographer in a room full of people we didn't know. Seven months after that, we had our big day - this was about four months ago - and the rest will be history!

Heather explained her various conditions from the beginning. Her narcolepsy means that she sleeps a lot, and at inopportune times. Her cataplexy means that if you scare her, she may become paralyzed and only be able to communicate via eye movements. She suffered a TBI (traumatic brain injury) after a fall onto concrete in her 20's. As a result, she gets migraines that temporarily scramble the speech center of her brain. (During these episodes, she can think in English just fine, and she can communicate via ASL just fine, but when she tries to talk or listen, the language isn't right. It ends up being a string of nonsensical words, or sometimes, a string of nonsensical phonemes.)

She also has a condition called dysautonomia, where the autonomic nervous system is in disarray. For her, this means that she can't stand for more than five minutes without fainting. It also means that she has low blood volume, and her GI tract barely functions. The doctors don't have a root cause for all of these maladies, though they suspect some kind of mitochondrial disorder.

Re-reading that, it sounds like a lot!  It isn't, really. Early on in our relationship it was always fun the first time I experienced her various symptoms, but I learned to recognize them quickly and (if I am present) lead her to safety before something bad occurs.

She also takes a LOT of medications for various issues. At first this wasn't much of my concern, because she just had a whole series of pills that she took. Unfortunately, over time these pills spent days sitting in her stomach (due to her GI issues) and the stomach developed an ulcer. Right around this time, the doctors suggested that because of the GI issues, and the medication issue, that she get a feeding tube. This has turned out to be such an improvement for her, because her body now gets most of the nutrition it needs. But it also means that all of her meds - most of which are now compounded into liquid form - need to be administered into her feeding tube. During the week, we have two nursing visits that take care of two doses. I get to do the doses in the morning, as well as all of the weekend doses.

There are other ways in which I play a caregiver role in her life, and I'll touch upon those in subsequent blog posts. But for now, I'll reflect upon an idea I always kept in my mind during my dating adventures: "Some day, I'm going to be married to a woman, and I'm going to wake up every morning and look at her, and say, I can't believe I love someone so beautiful, so smart, so perfect for me - and she feels the same about me!" I knew I would get this, and I finally did with Heather. She is my everything!

Such a beautiful love story Joshua. God bless both of you!!!

Aww, so stinkin' sweet! LOL I love it! It's amazing when you just know.

Joshua, we just don't get to pick and choose do we? When we meet the right person, no matter who they are, what they look like or what their challenges are, love just steps up, slaps us and says \"look what I have for you... your soul mate!\" How wonderful you have Heather. I look forward to hearing more about the two of you.