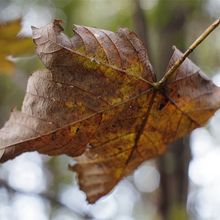 Anger is one of the ego’s favorite emotions. It covers up other emotions such as fear, frustration or embarrassment. It was 4:00 a.m. a few weeks ago, when my father had a fall on the way to the bathroom. There he was, laying on his side not able to get himself off the floor. My mother was arguing with him about getting up. He was arguing back about not being able to get up. He was using so much energy to scream, swear and yell. I felt so bad for him. This once big and strong man, a former farmer, military man and lineman was reduced to being naked and afraid.

Feeling helpless, I suppose he felt he had no alternative but to lash out. Although getting him up off the floor was the obvious problem, getting him up wasn’t going to happen until he was able to use his own energy to cooperate accordingly. If my superpower was levitation I would have used it in this moment, but since that wasn’t an option we had to wait this out. I put a pillow underneath his head and just let him say whatever he needed to say and vent out his frustration. The situation didn’t seem to require the further embarrassment that calling 911 and having paramedics get him up would have caused him. I was able to assess him carefully and the only thing hurting at this time was his pride. Eventually, he calmed down and was ready to try and get up. Once he was willing, getting him up was pretty easy and he made most of the effort himself. Of course, he then apologized for all the insults and profanity that happened while he was naked and afraid. I don’t pay too much mind to the things he says when he’s in a situation like this because I understand it is all coming from a place of fear. Mom is a different story. She holds a grudge. Mom doesn’t fully comprehend dad’s limitations. “He has to do things for himself” she will say. In her mind, old age is something you recover from like a headache. The good thing about her short term memory impairment is that she is less capable of ruminating about these events allowing for things to blow over much quicker.

It is difficult to standby and watch him slowly be robbed of his dignity. The Cutler men are all notorious for being big and strong. It’s in their genes. My dad is his father’s namesake. He was still climbing up on ladders to trim the backyard trees at 80 years old. He’s 87 now and the past few years have really taken a toll on his mind, body and spirit. I guess it’s the price we all pay for longevity. I am grateful that I can be here for him on a daily basis. I am sure there will come a time again where he will be naked and afraid, but at least he won’t be alone.

This experience is very humbling. It makes me realize just how short life really is. I don’t know what the future holds but can say that for as long as I am able, I will witness his fears and welcome in his higher spirit to reorganize all his limiting thoughts and beliefs back to love. I pray that God continues to bless him as he experiences the difficult and confusing days that he has ahead of him. Courage is not the absence of fear but the triumph over it.

That makes sense Babs. I can certainly understand how Naked and Afraid would fit in that situation as well.

I had to giggle because my version of Naked and Afraid is taking a shower with my Bill. I have learned that part of the anger that my love is acting out is out of frustration of not being able to do what he used to be able to do. Very hard seeing such a vibrant young man reduced to the antics of a temper tantrums like a young child.

Thank you for sharing this Annamaria, I hate to say this but I too can be a bit stubborn when it comes to accepting help, as is my 95 year old father. Let’s just keep that between us shall we? What you did to diffuse the situation and maintain his dignity was extraordinary. Yes, as we get older we lose the ability to perform many tasks we have done throughout our lives and even told stories of our adventures. Yet, there are some things that we seem to never lose - our sense of dignity. You did good Annamaria, yep, you did good.

Thanks for sharing... this story really illustrates the flip side of living a long life. Your father must have seen himself as your protector and provider for your entire life... It's an awkward torch to pass when the roles become reversed (regardless of age). I'm sure he deeply appreciates the love and patience you show him now.