Never a Great Day When I Make Mom Cry

Never a Great Day When I Make Mom Cry 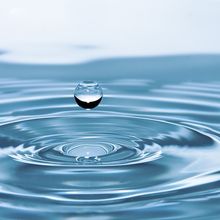 For the past few months, I've been sitting with her while she pays her bills and pointing out where to click on the bank website where she does online billpay. She did that for many years, and then the website changed and there are more clicks in different places. It was confusing to me. This afternoon, I took her bills downstairs--she had her two regular bills, phone and credit card, and one medical bill. I asked if she would sit with me at the table so we could look at the laptop together. As usual, I helped her get through the clicks and I handed her the bills in order and helped make sure she saw the amounts correctly. Then we finished and I wrote "paid" on them and tossed them into the cardboard box that is her filing system. I thought all was well. But later in the day, I went out to get her some milk and when I came back, I could see from her face that something was wrong. She said, "I'm feeling frustrated, and I don't know how to bring it up."

I pulled up a chair in front of her recliner and leaned in. She said, "I feel like you are pushing me to do things I'm not ready to do. Like paying my bills. I am still capable of paying my bills. I'd been waiting for you to bring them to me, and when I didn't, I didn't want to say anything, but when you came down today, I felt like you were just taking over. Because you think I'm not capable anymore." She was crying and I was trying to breathe deeply. I explained that I was only trying to support her and not take over, and when I talked about having done it for the past few months, we both realized that she had no memory of it. From my point of view, I was just carrying on with a new but established routine. From her point of view, it was the first time I'd ever done such a thing. We agreed that in going forward, I would ask if she would like me to sit with her while she pays bills rather than assuming it. She apologized so much for accusing me and misunderstanding, but I reassured her it wasn't her fault that her brain is no longer making new memories very well. We talked some more about that book I had read, How To Say It To Seniors, and how seniors don't always get the compassion and understanding they need because their children have not yet been where they are in life. We talked about that middle-aged need to make things happen and keep things moving, and she remembered that phase of her own life and all the responsibilities she took on in caring for her mother-in-law.

It seemed like the conversation ended well and affectionately, but I still feel so sad and emptied out.

I am new to this community so am just now reading this - and wow, this totally resonates with me! Thank you for sharing your journey... your insights will help me be prepared to handle the inevitably-similar conversation that I will be having with my Dad in the near future.

I just completely agree with these comments_mysql, LM. You really inspire me. You are awesome because of how thoughtful and empathetic you are. I love how you put yourself in your mom's shoes. I'm taking notes. :)

You ability to connect with your mother is nothing short of amazing. I love how you worked through the problem together.

You are so wonderful with your mom. But I get how emotionally draining those moments leave you. it's just so hard, pulls at your heart strings, and grief continues. Hugs.

You really are a marvel in your attention to your mom's needs. Altho it is difficult to maneuver thru these bumpy spots, I admire your tenderness in how you try to guide her, and how much honesty is there between you two. There isn't anything nice about losing your mind or your independence. But you are doing everything you can to walk beside your mom and make the most of every moment.