0
"It's okay to wait for a crisis." The social worker from the PACE program said this to me--not my parents! She was kind and very realistic. She made sure I knew no matter how hard I tried, I wouldn't necessarily be able to prevent a crisis. And I shouldn't feel guilty. 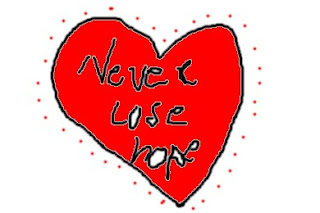 Of course, the reasonable thing to say is, "Don't wait for a crisis! Get help now!" and that's exactly what everyone said to Mom and Dad, but they weren't thinking this way. Mom was convinced she didn't need help and Dad was convinced he could take care of Mom and, if we just let them be, everything would be fine.

Which means Dad was in serious denial.

Then my brother in Texas had a good look at their finances. Mom's hoarding had taken quite a toll on their bank account and they had some huge credit card balances. Fortunately, big brother was able to come to town and talk with them... and take away their credit and debit cards. Ordering from catalogs was an easy way to hoard. Big brother talked to Mom, Dad, and me, and we decided together that he would look after their finances and talk to all the banks and credit card companies. I was relieved.

Mom's antipsychotic medicine was expensive. Big brother was able to convince them of the need to get on Medicaid so their doctor's visits and prescriptions would be covered. The financial piece was what finally swayed Dad. He had never been able to say no to Mom and he had been more worried about their finances than I knew.

We stepped up the process and I ignored every phone call where Mom or Dad would tell me they had decided not to sign up for the PACE program. Both Mom and Dad were evaluated. With Mom's diagnosis of dementia, she automatically qualified for the program. With their low income and no assets, they also qualified for Medicaid. On the cognitive evaluation, Mom scored just slightly above rock bottom. They started with the PACE program in September of 2010.

Ideally, Mom was to attend the day program at least three days a week so Dad could have a break. She refused to go without him, but they did go together twice a week--for a week or two. Then they started calling to say they were staying home. They said it was boring and they didn't like the food. Mom didn't like spending time with old people and neither of them liked riding the bus. They also cancelled nearly all their appointments because Mom wouldn't feel like going or because the bus would be scheduled to come early in the morning before Mom wanted to be out of bed. Then Mom would complain about needing to see the doctor and how she couldn't get an appointment.

They also had home services--a housekeeper came once a week to do light cleaning and laundry, and an aide came twice a week to bathe Mom. It wasn't long before I got calls from the program. Mom was refusing her baths, saying she had already taken a bath or shower. Yup. Mom didn't like having the aide help her so she insisted Dad help her. Which, of course, he did. No amount of pleading and telling her how worried we were about Dad falling and both of them getting hurt made any difference at all.

On the bright side, the new doctors met with the pharmacist and they changed Mom's medications. The present cocktail of drugs was undoubtedly the cause of at least some of her dementia. They weaned her off the anti-psychotic drugs and tried weaning her off of Valium. I had to put the pill bottles where I thought she couldn't reach them. Ha. The power of addiction was too strong. The doc finally just took her off Valium cold turkey and wouldn't prescribe any more. Eventually this worked... after she ran out of all the pills she had hidden away.

Wow. Dad's dream sort of came true. With the change of medication, about 90% of Mom's dementia symptoms seemed to have vanished. She was thinking much more clearly and Dad was ecstatic. However, Mom was suddenly severely anxious and depressed. Over the next two years the docs adjusted her meds and eventually found a combination that worked well enough. Mom was used to popping the Valium whenever she felt the least anxiety. At one time, she was taking four pills a day. The addiction was so great that the docs finally put her back on Clonazapam, a drug in the same family--and in my opinion, just as dangerous. But the docs felt it was an improvement.

We had ups and downs with the bathing issue that were never really resolved and they finally stopped going to the center except for doctor's visits. They complained about the program constantly, but I was happy with the care they were given. There is no doubt in my mind--the PACE program bought them another four years at home.

<a href='http://www.caregiving.com/members/terri/' rel=\"nofollow\">@terri</a>, your posts are helping me come to terms with the fact that, much as I hate the idea, things with my mother-in-law will almost inevitably have to come to a crisis before any changes take place. I will do what I can do. And what I can't...I won't feel guilty about.

What insight you give us about caregiving for (or just living with) someone who is mentally ill. Your life has been filled with such challenges over the years, I am continually amazed at your ability to share it with us and still be able to maintain your wonderful sense of humor. As you say it would take days, if not years to write in detail what went on in your household, yet you let us know, somehow, there was so much more. Thank you for letting us see into your life, I look forward to reading more about your continued journey with your parents. (BTW - I love the relationship between you and your dad...wink &amp; nod...and all is understood! You show how important laughter is to surviving even the most tragic circumstances.)

I'm so struck by your level of patience, Goldie. You keep moving forward with such patience! I'm so glad PACE was such a blessing.\n\nI love that you ignored phone calls!!! I think ignoring can be such a great strategy. And, often, ignoring is the way we keep patience as we move forward.\n\nI'm so glad you are sharing your story, Goldie. It's a great one.

It may be easy (sometimes it's really not)to blog about entire years of time, to reduce the emotional chaos into a few paragraphs. But it represents so much more, and the memories, full of incidents remain. Thinking back on all the twists and turns, small victories and defeats, you still had your parents best interests at heart. No one else can imagine the weights you carry, making decisions for another human being.