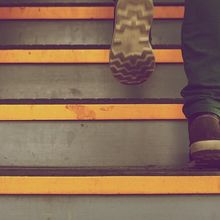 I was not sure where to post this as it is not truly a blog but, rather, an update of where I am in the caregiving process and the decisions I am making, with the help of mentors, to help me cope in my own life.

I have been the primary caregiver for my husband for some time now. My husband has frontotemporal dementia. I am not sure how long but it seems a lifetime. I am retired from civil service. I was working part-time from home and loving it but had to quit because I needed to put my full attention on what was happening with my husband and, as a result, to me.

He has had several hospitalizations and stays in rehab/nursing facilities over all of this time. Each time he has been adamant about coming home and was counting the days. He did the p.t. work and improved enough to come home. Over a period of time, just as we were told by doctors, the long stretches of good days became shorter and the declines (changing and not for the better) became longer. In Robert's case this has been a slow process which often lulled me into a false sense of comfort. We settled into the difficult but predictable relationship of caree and caregiver and we did well. We are still doing well with each other. We have both given it our best and I believe we are still giving it our best. I cannot imagine anything more painful than this slow loss of my husband. Our marriage has been a difficult one and this time spent together has changed all of that and we have become close and our love has deepened. I am eternally grateful for that wonderful surprise. He is one tough dude and I am one tough woman. But, this disease is not playing and it is incurable and time is our enemy.

Recently Robert began a long, slow decline that was subtle but evident. I kept waiting for it to end and the plateau of good days to return but that wasn't happening. He developed a cough but did not seem sick. As in many areas of our country, a nasty virus was spreading. A friend of mine stayed with Robert so I could go to an out of town doctor. I don't know if she brought the virus in with her. Robert, in twenty years, has not caught one of my many, many viruses. He doesn't know that kind of sick. He began coughing in a different way and throwing up. He was miserable and said he felt as sick as he could remember feeling. He was so new to being sick that he did not realize the intensity of his throwing up was making his chest hurt. He thought he was having a heart attack. Before long there was nothing left to throw up so bile was coming up from his stomach. It was awful. He could not hold down even a spoonful of anything...nothing. I called 911 two nights in a row to get him to a local hospital for dehydration. They gave him fluids and sent him home. On the third day, he was hallucinating and very sick. I transported him to the hospital about 30 miles from us. We usually go there because the hospital is more modern with better doctors. The moment we stepped in that hospital it hit me that Robert had not had one of his medications for about 5 days he could not keep them down. No wonder he was out of his head. Long story short...he was admitted and when they felt he was well enough he was sent to a rehab/nursing home for recovery.

Meanwhile, I was preparing for a surgery of my own. It was a good surgery in that it would cure a chronic problem and the timing was perfect because my husband was in the hospital. I visited Robert often and felt comfortable with the care he was receiving. He is improving. He is doing p.t. but not in the way he has always done in the past. He is getting better but not in the way I expected. He is not as strong and his motivation is not as fierce. He mentions coming home but not often and certainly not with a date in mind. This is not the man who I have visited in such circumstances in the past.

All the time I provided care for Robert in the home I was paid through a state program for a certain number of hours a week. He is in a nursing home so I do not make that money now. If he comes home those options may change and I probably will not be making that income. I need additional income. Not a bunch but definitely some additional income.

This week the social workers and I talked and then one of them talked to Robert while I was present. We were trying to get an idea of how he was feeling, thinking...a plan or schedule we could make with him. He participated but several of his statements, much to my surprise, were not geared to coming home soon. The social worker caught that same thing. She and I talked later and agreed that this stay may be much longer and we wonder if he will come home at all.

My situation changed a great deal once Robert was admitted to the local hospital. Caregiving at home stopped. I was finally getting the rest everyone said I needed so badly and I could feel their wisdom in my bones. I have been on hold waiting for the inevitable, or so I thought, pattern and was preparing to have Robert home by the end of January. But that changed this week. I have grieved that and grieved that and grieved that. But it is still true and I finally figured out that there is no wisdom in me sitting at home or being in this holding pattern day after day. My new normal became the question of what was I going to do with my time.

As often happens with God in the equation, I was reading a local newspaper and there was an ad for caregivers, part-time, at the senior citizens center. And, be still my heart, there is a paycheck attached to that job. I love the senior center. I can be a caregiver. 8 hours training at the center was part of the deal. January 17th is the date for the job fair and I will be there with bells on. I start networking and politicking (LOL) for one of those positions tomorrow.

It feels weird to be branching out without Robert here. I will return to full-time caregiving of him should he come home. I had a couple of rough days looking at our situation and understanding that it has, in some radical way, changed and I need to change with it. I need to be busy and use my mind and make some money. So, starting Monday I am looking for part-time work. I need it and, they don't know it yet, but they need me.

Am I making too large of a leap at this time? It does not feel as if I am abandoning my husband. I felt that at first as I began to understand that I needed to participate in life. I felt that I was walking away from him. I want you to hear my heart...that is a horrible lie that caregivers tell themselves in the face of all evidence to the contrary. I worked through it, heart heavy, expecting everything to snap back into place at any moment and my expectations have not come true. It is what it is. Robert is doing his part. My part is to form a life for myself inside of the life I have with Robert. I need structure and a direction. I need to work. I need to learn to live in this new reality understanding that it may change on a dime. I am a recovering alcoholic with nearly 34 years of sobriety under my belt but that could go at any minute if I just stalmate and allow myself to become frozen in a pitiful state of mind. I want to be vibrant and I want to live life. I want to be there for Robert and to love him fully. I want to be able to say, with God's help, that Robert and I ran a good race side by side and I want to honor God. I want other caregivers to draw strength and know they are not alone as I share my story. I cannot have those things if I just stare at the problem and feel sorry for myself.

So, I am going to step into another new normal and, with all the trepidation that I always experience, put one foot in front of the other. I have a living God and I am surrounded by strong, sassy, loving women who will keep me in line. How strange to be in such an awful situation with so much joy and confidence in my heart. Only God can orchestrate our lives so that we can see the fullness of each event in our lives. Only God cares so much that he provides fierce friends who love Robert and I so much. Only God could mend the marriage that was filled with holes and tears.

So, as I like to say, and I quote, "Onward and upward! To infinity and beyond!"

Thank you so much for sharing this, Lark! We are walking beside you toward the light. Life wants to live. It will find a way. Thank you for trusting us to be a part of it.

Throughout my journey, I have been faced with money issues. It takes money to be at the hospital, supporting the progress. Every time the funds started to get low, my mind would go to the thought that I would need to get a job. Every time the thought hit that it may be coming soon, something would change. Short term insurance kicked in, payout from the motorcycle insurance for the totaled bike, Disability payments started and the list goes on. I learned that at this time, it is meant for me to be right where I am and when it is time for me to work, I will cross that bridge. I know the time will come and I am glad you have been an example on how to handle it. Thank You!

Thanks for your update Lark. It comes at a time DH &amp; I are facing an uncomfortable new symptom of his disease &amp; wondering if he will be able to remain at home in my care. Wondering how quickly I can get myself to where I could manage working, should his needs reach facility level care. Anyways, I find your update encouraging with similarities and how you &amp; Robert are dealing with his disease. Thank you for all that you share from your heart with us about your struggles and victories!