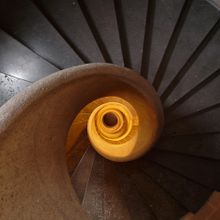 So the holidays were rather ... crappy. To say the least. The new year isn't shaping up much better.

Mom had no idea what Christmas was, could not understand why I kept handing her gift bags to open and then had no idea how to open them. Days before yup, she was engaged and enjoying the lights and tree and such. I'm not sure how I am going to respond when people ask me what I received for Christmas. Nothing. I got nothing. My Christmas present days are over.

I came down with the world's worst cold on December 22nd and am still fighting it. Can't take downtime to take care of myself because no one else to care for Mom once the caregivers go home at 4:00 (an hour before I get home by the way). On the 29th I had to leave work early - so lost $ - went to the urgent care and they gave me antibiotics that had me back in the urgent care on the 31st. Whereupon Mom starts having symptoms so call the pharmacy to see what won't screw with her other meds. So she's been taking children's cold medicine and cough syrup since the 31st. She's not getting better.

Went to the neurologist today. Had to take a day off without pay for that. No real news there but once she gets over the cold, will be upping one med. There's been no real improvement in any way. The physical therapy didn't help.

While we were there, the medical center calls the house. Leaves a message. Despite the fact that I told them more than once to call my cell phone. Why did they call? They need to talk to me about my mammogram. In my experience when they call it isn't good. And they won't tell you anything on the phone, they just want you to come in.

So now I have to wait until tomorrow to call. Since I was coughing it was hard to hold still. Hopefully that's all it is -- fuzzy imaging. I have had cysts drained over the years with no bad results, but Mom is a breast cancer survivor. She had a mastectomy at age 63. I'm going to be 57 in a few days. My insurance doesn't cover the new #D imaging which is supposed to be better -- resulting in fewer false positives -- than the digital 2D. So of course I had the 2D. Which I have had for years -- digital versus what was regular was supposed to be better and since I have a family history of breast cancer insurance approved that even when it was bright and new.

But wait! There's more! Talked to the Agency on Aging today. There will be an assessment on Tuesday. BUT as I have been told they won't approve 8 hours a day, so I will most likely have to place her but I can't get the local care facilities that actually accept Medicaid to call me back. I had to argue with the Agency on Aging person to get them to send the assessor at noon and not 10:00 a.m. or 1:00 p.m. after explaining several times that I freaking work 8 to 5. They affirmed that she can't have more than $2k in assets to qualify. Also told me that JFS is really far behind in processing applications. So I asked what happens if she runs out of money before the approval comes through? Was told I'd have to cover the private pay care -- to which I reply that the fee is $20.50 and hour and I get paid $23 an hour. Oh well. Basically we're screwed. The system isn't in any way set up to help people like us.

Dr. tells me today -- after I tell her that we might be placing Mom somewhere before we see her next time -- that they are supposed to accommodate us. Yeah, right, sure. That'll happen.

Called the radiology center that keeps billing Mom for info that they wouldn't give me without talking to Mom. Newsflash! Mom can no longer talk! I had to find a way to fax the power of attorney paperwork because it is "against the law" under HIPAA to scan and send via email. I know email can be hacked but it can also be encrypted and fax machines can have paper just sit in their in baskets for hours. Plus who the hell uses fax machines any longer? My office no longer has one because NO ONE USES THEM.

Bullshit. Nothing but bullshit.

Mom has less that $3k in both of her bank accounts. She does still have $6k in her IRA but if I could ever get a meeting at the funeral home to pay off what she owes for her arrangements.... There's a $60 check she gets periodically from some policy she had that I don't think is a life insurance policy any more, that it has been converted somehow to a dividend, so that'll be an asset I have to do something about. There's a TIAA account with $1200 in it that despite having sent the P.O.A. paperwork I can't seem to get them to roll over into the IRA.

So if I cash out the IRA, the next question becomes... does she have to file taxes for 2018 (in 2019)? Someone told her at one of those seniors help day with taxes things that she no longer had to file at all. So for the last three years apparently she hasn't filed taxes. There aren't any lawyers here who deal in elder care issues. As usual, I am on my own.

One long spiral into hell. That has been the situation since diagnosis in 2014.

Why? Why can I not catch a break?

Second mammogram came back all right, no need for an ultrasound. So cancer scare averted. My cold is better but Mom's still fighting it. She doesn't want to eat so she's weak and can't stand and I can't carry her.

CatKborn..You are having an overwhelming time. I am so sorry for the spiral of challenges. Wishing you a break and peace. Thanks for sharing.

I don't know, CatKborn, why you can't get a break. You deserve one. In spite of everything, you continue to stand and fight for the best outcome for your mom. Thank you for sharing. We understand, as much as we can, about how hard, really hard, this is.