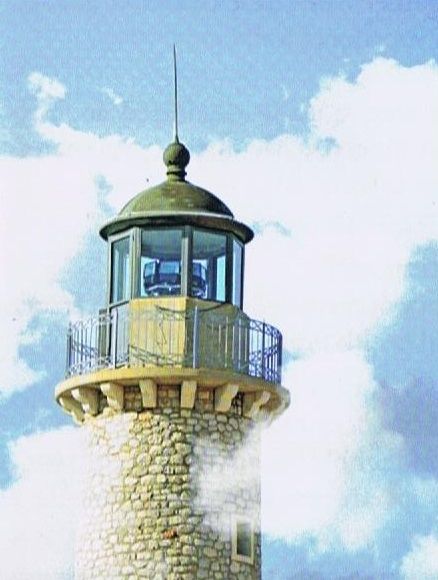 Photo: Part of an image from the clubhouse brochure.

We've had a whirlwind of a day.

Partner was in a rush to get to the ICCD clubhouse, figuring they'd get her a job post-haste. For the two years since her referral there, she had been resisting the place. Then she had talked about it on and off. Now she's gung-ho.

On balance, that's a good thing.

But first partner wanted a digital tape recorder. She wanted to record any counseling sessions, in case she had trouble remembering details.

Years ago her father had sent her a digital recorder. She knows where the box is. She doesn't know where the recorder is. She figures she lost the recorder because it had come from her father, a.k.a. her abuser.

At first she wanted to borrow mine. I said no; I needed it. I agreed to buy her one.

She said, "I know how possessive you are."

I kept my mouth shut.

The office supply store is in a mall very close to the clubhouse. Partner said she would pay me back for the recorder with the money she earned from the job the clubhouse was going to get her.

I kept my mouth shut. But as we prepared to leave the house, I printed out the neurologist's office notes and the cognitive neurologist's letter detailing my partner's MS and the "organic schizophrenic issue" that likely is also involved.

To her credit, partner called the clubhouse to find out their hours and whether we could stop by.

We got the recorder (which stayed in its packaging throughout); then I drove partner to the clubhouse and went inside with her. They still had the referral from two years ago, which would have gotten my partner admitted to the program -- if she were still in mental health treatment and "stable."

Her most recent therapist retired late last year. The clubhouse director asked partner if she were currently in mental health treatment.

I asked if I could add some info that could help. Partner didn't want me to talk, and went on some more about how she had been taking care of her physical problems.

Finally I said that I had to speak up. I told the director about my partner's MS and handed the director the documentation from both the neurologist and the cognitive neurologist. Partner kept insisting that she was getting mental health treatment because the neuro is also a psychiatrist. I pointed out that he is not.

Partner disagreed, saying that he's listed as a psychiatrist online but he otherwise keeps that part of his practice a secret.

(Neuropsychiatry is listed on at least one but not all of the doctor-list websites as one of his specialties, but his residencies had been in internal medicine and neurology. He is board certified as a neurologist from the American Board of Psychiatry and Neurology.)

Today, however, my partner was eager to get to the county mental health clinic to set up an appointment for evaluation, so that she can eventually get into the clubhouse. Yay!

We took off for the clinic, which had done some remodeling since we were last there. They have new chairs in the waiting room and their administrative staff are now protected by thick sheets of plexiglass. And they no longer make intake appointments. My partner has to do that by phone. By this time it was already late in the day, so that call has to wait until tomorrow.

I asked if I could give them reports from the neurologist and cognitive neurologist. They said that had to wait until my partner's actual intake appointment. To those notes I will add the office notes from Therapist #3, who was not affiliated with the clinic. My partner's other two therapists were. Both those therapists have since left.

I think I'll also throw in the neuropsych testing results from 2011. I had handed those in to Therapist #2, so technically the clinic already has those records. But they're archived now and there's a six-month backlog for retrieval.

The clinic also oversees the clubhouse; they're a shade over nine miles apart. While we were at the clinic, the clubhouse director walked in, took one look at us, and said, "You follow through quickly!" :-)

She mouthed at me, Good luck. I mouthed back at her, Thank you.

My partner and I were both famished by the time we were done at the clinic. Before going home, we enjoyed a meal at a great little Cuban restaurant nearby. I told my partner I was very proud of her. :-)

Now I wait and see.