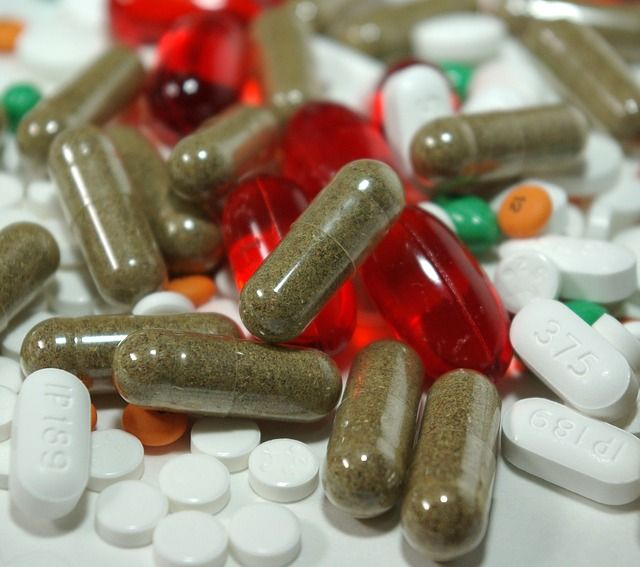 Last Wednesday when I took the last of all my meds I was well aware that I had to call them in or I wouldn't have them for the weekend. Needless to say, I forgot all about calling them in and Thursday morning when it was time to take them, waa laa, I had none. I immediately called the prescriptions in to WalMart and then all I had to do was wait for my text so I could go pick them up.

I waited, and waited and waited. I don't know if any of you have ever tried to get a hold of someone in the pharmacy at WalMart but I guess it works much better for those who call while the pharmacy is open. Geez. Friday afternoon I finally found out that even though my "mobile app" said I had four refills left on each of my prescriptions, the prescription itself had expired. If I had called the prescriptions in on Wednesday, as I should have, I would have had no problem. The prescriptions expired Thursday! The pharmacy was waiting on a call back from the doctor's office but it was after 5 on Friday and I knew I would be without until Monday.  o, I had no diabetes meds, no hbp meds, no thyroid meds and NO PROZAC!

I think just the idea of having no prozac made me sick! I was in a funk all weekend! Not only was I in a funk, I had to do laundry, I couldn't just sleep all day! So because the washing machine and dryer are outside in the unattached garage, I had to travel up and down the handicap ramp several times, fight out the licking, kissing dogs each trip and pay attention to what I was doing. I wasn't so lucky in the paying attention to what I was doing department. On one of my trips back in the house from the garage, I tripped over my own feet walking up the handicap ramp. As I was heading face first onto the wooden ramp, I put my hand out go stop my fall and lucky for me I only smacked my face against the rail, busting the inside of my lip and bruising the right side of my face and my already down trodden ego. My son David was home for the weekend so when I got in the house and told him what happened he was quick to make me feel better by scolding me for wearing my "houseshoes" outside!  That was a plus to my day, I love being scolded by my 25-year-old son.

The rest of the weekend was pretty uneventful other than being worried about my friend Lacey who lost her mom last week. I slept pretty much most of the weekend except for watching a great movie, "McFarland, USA", thanks @marfromwi for telling me about that, and going to swim.

Monday morning I called the doctor's office first thing and made an appointment for that afternoon at 3:45. In the meantime they called in most of my meds, except for the diabetes meds of course. When I went in to the doctor I found out it's been 10 months since I've been there, 10 months since I had any labs, the good ole doc wasn't too very happy about that. Doc offered to take me off my PROZAC and I told him I would kick him if he did. I told him he was welcome to stop any of the other meds though. He asked why it had been so long since I had been there. I gave him my CAREGIVING spiel, that I take care of my mom and I don't have time to come to the doctor and I actually thought I had been there just a couple of months ago. He was quick to tell me how important it was that I take care of myself, yadda, yadda, yadda! The same thing I hear from and read from everyone here.

I felt better just being in the office, I felt better with that lab slip in my hand knowing that the next morning I would wake up to go have blood drawn, pee in a cup and then have to do a stool test at home. How lucky can one girl get. I did take care of everything and I will have to return on Monday, 3:45 p.m. I promised the doctor I would behave and take care of myself and I promised I would return in one week to get the results of my labs. This drama to be continued in a couple of days.

Tomorrow is the wake for my friend Elaine. Lacey, her daughter, asked me if I would take pictures for her at the wake and at the funeral on Friday morning. Lacey is afraid she won't remember the service. I'm stressing a little bit about that but I will just do what I was asked to do. I'm just thinking, of course, what everyone else will think of me snapping pictures with my camera. I've been praying about it. Everything will work out the way it's supposed to.

Once again, and as always, I appreciate each of you that take the time to read my blogs and leave me awesome comments. Thank you for being my friends and my confidants.

I think it's just hard to keep up everything when so much is happening. And, when you're coping with all the losses, it's hard to think straight, hard to keep track of all that needs tracking.\r\n\r\nI'm glad you did get what you need. \r\n\r\nThank you so much, Lillie, for all you do for your family, your friend and for us. You're a treasure.

Oh, My Gravy! You are so transparent in this post, thank you for sharing. I can just see those kissing dogs and shuffling houseshoes!! I do NOT like the fall but am thankful it was a timely reminder to take care of yourself. You have had such a doozy of a week. I am praying for you as you end this week and look forward to the next. Take care, dear friend!

Oh Lillie, I didn't like reading that you went without meds all weekend. So glad your fall was not more serious. Those blasted houseshoes! :) I echo Jan in saying that I'm glad you got yourself to the doctor for a check-up. I'm overdue myself. LilMagill is right about the \"easier said than done.\" Let us know how the wake and service go. It's so kind of you to help Lacey out in her time of need.

Pobrecita!! :-( I'm sorry for your rotten weekend, but glad you survived it. The \"take care of yourself\" mandate is way too much easier said than done in my opinion.

Oh, Lillie, I was so worried reading your post, especially the part about your hitting your face on the railing. I was scared to death for you! I'm sorry you went thru any of that, but glad you saw the doctor and he has your best interests at heart, even when you're so busy caregiving that you put yourself at the bottom of the list. Hope all tests come back great and you move ahead with the confidence that you are in good health and can take care of your Mom for a long, long time to come.