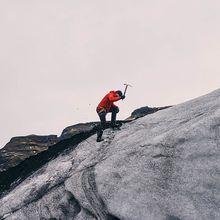 Unbelievable. The Medicaid office called me yesterday morning. Clearly the girl had not read my cover letter. I had to keep telling her "yes, and that's why we asked for and got the extension" I swear to all that's holy these people have NO CLUE.

Oh it gets better. Yesterday afternoon, the insurance company claimed that the power of attorney paperwork does NOT cover having Mom's life insurance being transferred to the funeral home to cover her expenses. DESPITE the fact that we filled out THEIR paperwork for this process. And despite that most legal folk would understand that "to assign" in clause 11 of the POA document would also apply in this situation. The funeral home got on the phone and argued with them on my behalf, demanding to speak to a supervisor. They got nowhere. Called Medicaid here locally and their response was "oh well" without the document there won't be approval. So what about Mom's care? Answer by both the insurance company and the Medicaid supervisor - "oh well." They clearly do not care.

Oh yeah and the statement of account document that the insurance company "request to be sent" to us on February 27th has yet to arrive.

No way in hell that we are going to make the (extended) March 12th Medicaid deadline. No freakin' way.

Then today  there comes a new wrinkle in the saga. Mom gets a dividend quarterly that is somehow connected to her life insurance but is managed by a completely separate entity. Because this is income, Medicaid wants 5 years of statements of earnings from them (I know, seriously?). I emailed the company (based in Canada) through the website was redirected to call shareholder services at the NY office. So today I call. Mind you, this is the same number I called over a year ago to change Mom's address, etc.


The guy tells me that they "just" acquired the ManuLife accounts in September. And it wasn't "really" an acquisition but rather they were "given" them to manage. So his records only go back to September. Oh and the number being the same, oh it's being re-directed to him in NY. Really? Not sure I buy that bit.

Okay, so who do I call? He tells me to call CompuShare - which I know for a fact off-loaded the account to ManuLife several years ago - so now I have to call them (if they even still exist) and see if they have any records going back to January 1, 2013. But I didn't get home until after 6 tonight and ta da! Offices closed.

All because Medicaid won't accept the tax forms provided by ManuLife for the 2017 income. Mom doesn't receive statements of account for this - at all. She gets a quarterly check for about $64 and then the tax forms.

Oh and that bit yesterday between the funeral home and John Hancock Insurance? Not resolved yet. Had to sign all new forms and the funeral home had to re-fax them. Had to use Mom's signature stamp - which the attorney isn't sure they will accept.

When Grammy said getting old wasn't for sissies, this is not what she meant. This is worse. Much worse.

I am so sorry you are going through this. I went through a similar situation when filing for Bill except he had nothing. He was denied the first time, over the income limit, like two people living on less than $800 is acceptable. Oh but they do not count me as living on it, because we are not married.\r\n \r\nJust a thought, will the tax records work as proof?

I have no words. That is just insane. So sorry.