Not New to Caregiving But New to EXTREME Caregiving

Not New to Caregiving But New to EXTREME Caregiving

Hansolosgirl
(Editor's Note: We welcome @hansolosslavegirl, who just joined us, to our blogging team today.) 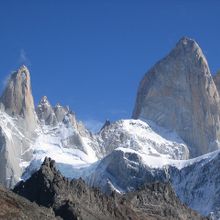 A little background here. I'm caring for my sister-in-law who just turned 53. It all began when her mother (my mother-in-law) passed away at 86. My SIL had been caring for her mom for a few years while we helped. I knew her some but we weren't close. She was a regular SIL, we got along fine, never any issues but it wasn't a close relationship. She'd moved several states away when my kids were young and we didn't keep in touch. It was fine, different busy lives. She came home to escape an abusive husband, and a few years later moved back with her mom. I was very close to MIL. They, on the other hand, had a passive-aggressive horrible relationship. Both at fault. Very hard for me to understand because my mom was close to her mom, I'm close to my mom and my daughters are close to me. They never talked outside of what was necessary. No real conversation, my SIL wasn't interested.

SIL has always had various illnesses. Hysterectomy, fertility issues, arthritis and kidney/bladder problems. When her mom passed she asked to stay with us for awhile to get back on her feet. We thought maybe the stay would last six months. She'd always been independent, working two jobs a lot of the time. Growing up she was close to my husband, they were close in age and she was a good big sister in a family of six kids, my husband being the baby. It  was no big deal to let her stay awhile, we've always helped out family, mine mostly because his family hadn't been particularly close other than his mom.

Within a month of staying with us, SIL was admitted to the hospital with end-stage liver failure. She stayed a month in the hospital in August 2011. The same month I was returning to school after a 22 year absence. At the time, they said she needed a liver transplant and would probably be in the ICU within six months to await it. The roller coaster began.

SIL was diagnosed with NASH disease (non-alcoholic cirrhosis) due to the history she gave doctors. In and out of hospitals, she would get abdominal swelling where they would have to remove 8 to 10 litres of fluid at a time. After about six months she began to get better. Started walking around a lot, looked better, took dogs on long walks. Things seemed okay. We thought this was calm before things got bad enough for a transplant to be needed. She had no income and obviously couldn't work so we were her total support. She applied for SSDI. She had her room, but didn't interact with us a whole lot. We gave her her privacy.

In December 2012 she was diagnosed with breast cancer in both breasts. She undergoes a double mastectomy and later reconstructive surgery. No chemo. This knocks out possibility of liver transplant for at least four to seven years. she must remain cancer free that long in order to qualify for a liver. Criteria is strict as it should be, so many are on the list. Since that point it has been constant doctor visits, specialists, hospital stays.

Her diagnoses are end-stage liver failure, severe psoriatic arthritis, breast cancer, CHF, HEPTACTIC encephalopathy (sort of like dementia with hallucinations) fibro, psycosis, psoriasis and in December she had a hematoma in her cerebellum which was successfully removed.

The extreme cargiving is now because SIL is now on hospice. After her hemotoma surgery she was discharged two days later. She was home six days with a complete personality shift. She's up all night sometimes pacing. She fell and we had to take her to the ER. Once admitted she was so agitated they had to put her under anesthesia and a vent to give her an MRI. She became reliant on the vent and it took several days to wean her off. We made the decision no more tests since she can no longer withstand anesthesia. What is the point of testing she has to be put under and she can no longer withstand invasive procedures.

SIL has to be monitored 24 hours a day. She tries to go outside, she tries to cook (when she hasn't cooked in years), she throws things on the floor, she tears all the bedding off her bed. She takes off all her clothes. She climbs over the doggie gate. She thinks her room is not her room. He has hallucinations of demons and little people and sibling who aren't there.

I am very lucky in the fact I have help. My mom is her paid caregiver, I have two adult daughters who pitch in and my husband and son take over other responsibilities. We are all overwhelmed but do this because she's family. She also took care of MIL whom we all loved very much. My kids are all full-time college students, I had to switch to part-time because of the care that is now required and hubby works full time.

<a href='http://www.caregiving.com/members/mimiluv44/' rel=\"nofollow\">@mimiluv44</a> oh yea, her life was so sad. She never could have kids and spent big money trying. Worked 2 jobs a lot and saved 100k for a house then her sweetheart of a husband wiped it out. She was always scrimping and saving for a future that never came to pass...one thing I learned from her years ago was to LIVE using my money dang it, I'm going to enjoy it! Learned that from her 20 years ago :) trying to do what we can to make her feel safe, we accomplished that part because she no longer had a 'go' bag to run away at a moments notice. Up until the last 2 mo she always said Thank You and she was well aware what we were doing for her

Oh my goodness. It sounds like your sisterinlaw has had a difficult life even before her illnesses, and then to have it all end like this, at such a young age. You and your family must be such an incredible blessing to her, even if she can't express it or appreciate it at this time. When its all over, you will have felt good about making the decisions that you felt were morally right, despite what others might have done if it were them. God Bless you and its good to hear that you have several others willing to help. What's the saying, something like Many hands make the load lighter?

This group is so positive, I'm so happy I found it! The other site was actually bringing me down and I was beginning to feel stupid for keeping SIL at home. When she passes I want her surroundings to be filled with love by people who care for her if at all possible. The heptactic ensepolpathy is very hard to predict or know how to react. I have her on all the medications there is to combat it. It's akin to alz or dementia, but she does know who we are. I try and do for her like I would for my brother or his wife. That SIL I'm very close to.

Welcome to the group - we are glad to have you! I hope you find tons of encouragement here, I know I have. My hat is off to you, you have quite a load to bear! I am proud of you for caring for non-immediate family, I think that is so important! Blessings to you!\r\nP.S. Good job on taking some time for yourself - that is vital!

<a href='http://www.caregiving.com/members/janshriver/' rel=\"nofollow\">@janshriver</a>. Yeah! That's exactly what it's like, chasing her around keeping her out of trouble. She's just like my 3yr old nephew...really. I just had to re-adjust my expectations to that of a little kid. I just had to, she can't help it. This site is so much more positive, I was on another site and everyone just kept saying NURSING HOME. This weekend I'm taking time away and staying upstairs unless there's a crisis I'm not here, everyone pitching in. Step 1 in trying to regain balance. I'm too close and end up catering to every need as well as every whim and that's just not possible as her body is better so there's no telling when her time will come. Her hospice nurse is in shock. Nobody comes back from being comatose like she did. It doesn't happen, yet she rallied again.