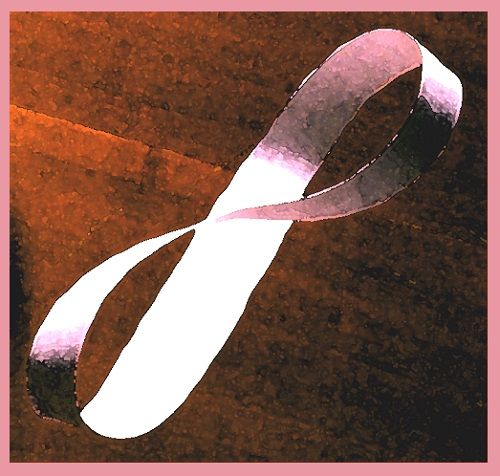 On Friday my partner said she wondered what the neurologist meant when he said she had delusions. She really wanted to know, and she really didn't seem to have a clue.

By this time I know better than to try to tell her. When I have given examples, she has accused me of being in denial of what she tells me and then offered that perhaps I was delusional, myself.

She had started answering her own question on Friday, pointing out that the world we see gets flipped upside-down on our retinas, and our brains have to process that reversed image so that we treat it as right side up. Therefore, she concluded, each and every one of us is delusional.

On Saturday she again regaled me with stories of the "stomach stapling" to which she had been subjected, unbeknownst to her, while she had been hospitalized in 1982. And I fought the temptation to ask, "Remember when you said you wondered what the neuro meant by 'delusions'?"

Her stories have expanded now, to include conversations with her then-therapist about "weight loss surgery," prior to my partner's hospitalization for the presentation of aphasia
("...a condition that robs you of the ability to communicate....typically occurs suddenly after a stroke or a head injury"). She also added that she couldn't play with her belly button after her hospitalization, the way that she'd been able to do so before her hospitalization, and that this is further proof of the stomach stapling. This is the first time I've heard the belly button reference.

A friend said she wondered if my partner could be aware, somewhere in her mind, that her behavior is "erratic and bizarre."

I could be wrong, but I don't think she's aware. On the other hand, my partner has come to accept that she has lost some functionality, and she has come to that acceptance through emotional trauma and catharsis. She has also built an alternate reality around the reasons why she has lost that functionality.

My partner was angry on Saturday. She pointed out that the food shown in her endoscopy photo was not food, but hair that she had inadvertently swallowed. She said she was insulted that the gastroenterologist would point to hair and call it food.

This was the first time I recall her mentioning hair. The photograph labeled "Food" clearly looks like food to me.

I can't keep up with all her inventions, not when I take them at face value and try to address them head-on. Nothing makes any sense when I take that approach. And yet it all makes sense to her, with clarity and certainty. She tries to understand what the neuro means by "delusions" with the same confusion I feel when I try to fathom the how and why of her delusions.

It's as if she's in Flatland.

My partner and I are both familiar with Edwin Abbott Abbott's 1884 classic, which is remembered more for its insights into geometry and dimensions than for its satire. The narrator of Flatland is a Square who lives in a two-dimensional world. In a vision he visits Lineland, where he is perceived in only one dimension. In fact, the King of Lineland can't imagine the reality of a square and believes a second dimension can't possibly exist.

The Square is then visited by a Sphere from Spaceland, whom the Square can perceive only as a circle. The Sphere must lift the Square out of Flatland, out of his reality and into the third dimension:

There was a darkness; then a dizzy, sickening sensation of sight that was not like seeing; I saw a Line that was no Line; Space that was not Space: I was myself, and not myself. When I could find voice, I shrieked aloud in agony, "Either this is madness or it is Hell." "It is neither," calmly replied the voice of the Sphere, "it is Knowledge; it is Three Dimensions: open your eye once again and try to look steadily."

I have no doubt that my partner can talk at a very high intellectual level about Abbott's "Flatland." She grasps those concepts easily.

On other matters, we are each in our own respective Flatland. My partner seems to me to operate in another dimension that I can't perceive or touch, one that drives her delusions. I like to imagine that this dimension has rules -- crazy rules, yes, but still rules -- that, if I knew them, could help me make sense of the chaos.

When she asks me how I feel about what she tells me, I feel like the Square as he shrieks to the Sphere, "Monster...be thou juggler, enchanter, dream, or devil, no more will I endure thy mockeries. Either thou or I must perish."

But I can't say that. I can't try to reason with her, any more than the Square could try to convince the Sphere that the third dimension couldn't possibly exist.

And beneath my mixture of fascination and frustration, my heart hurts. My partner asks me to repeat her words back to her, so that she can be sure I have heard them correctly. I present a calm exterior, but beneath it I feel emotional pain and exhaustion. Every such conversation feels like a fencing match, and in her reality she can twist my sword into a pretzel.

My internal mantra has become, "Does this matter?" Unless it does, I don't say anything.

On Saturday I tried something new -- something that lets me support her even as I want to shake her by the shoulders and scream at her to stop.

When she told me how upset she was at the gastro for saying her hair was "food," I answered, "All I can say is that I accept that your emotions are real."

I said that I would not speak to the content of what she tells me -- to her interpretations of the endoscopy photos, or to what had happened in 1982. Or to her further "proof" of stomach stapling in the cramps that she had suffered at a party decades ago after drinking too much soda. Or to whatever had happened to her belly button. Regardless of how she viewed the world or how I viewed the world, I wasn't going to talk about it.

"All that I can say is I acknowledge and accept that the emotions you feel here and now are real." I repeated it a couple of times. I was not going to go beyond that shared certainty, that common ground. I decided that as far as this conversation was concerned, the reality of her emotions was the only thing that mattered. Everything else was noise.

She thanked me for my support of her emotions.

And, later, for showing her how to save pictures of stomachs from the Web to her computer.

"he universe might actually be the result of the collapse of a four-dimensional star--a crazy black hole the likes of which we can't even imagine." -- Popular Science, "The Big Bang May Not Have Spawned The Universe After All," Sept. 18, 2013

You are a saint! Your parnter is SO lucky to have you. \r\nHugs from Kansas,\r\nMaria