Off the Hook? In my Dreams

Off the Hook? In my Dreams 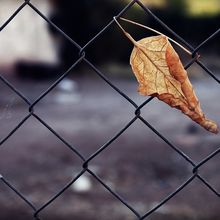 For some crazy reason, I thought once my parents were in assisted living, I would be off the hook. They would no longer need me to be a caregiver because they were in a care facility.

You all can stop laughing now.

They've been in assisted living for a full year now and I still tell myself: as soon as we have this (fill in the blank) in order, THEN I'm off the hook. First it was the switch from the PACE program in Jefferson County to the PACE program in Denver County. There are always glitches with prescriptions. For the first week or so, I had to go over every evening to give Mom her bedtime meds. I can't even remember why. That issue resolved, there were plenty of others to take its place.

I had to make sure they had what they really needed in their apartment. Mom was making lists of everything she needed and kept saying she needed to go back and get her clothes, her shoes, her black knee high boots, her LP's, her sewing machine, her stuffed animals, her make-up, the 60-year-old set of china that was never used because we ate on plastic dishes, more knickknacks, and the most treasured item of all, her black leather motorcycle jacket. Just what the assisted living community needed: my 85-year-old mom wearing a black leather motorcycle jacket and gogo boots, listening to her Bon Jovi LP's at full volume.

I tell Mom there's no room for anything more in their apartment. She said she's going to ask if they can move into a bigger one.

When Dad said he could use a few more shirts, she snapped at him and said he has enough.

One real dilemma for me was what to do with all the stuff that was still in their house? Older brother would have hired someone to haul it all away. Younger brother was much more sentimental. He wanted to save as much as possible. Older sister let me know she trusted me completely, but if it would be okay, could I save the rowing machine and some books for her son? And the dough box end table for her? Dad said haul it all over to our house and have a yard sale. Mom glared.

How do I handle Mom and her incessant demands to have her things brought over? She's not rational, I can just ignore her demands, I say. Why can't you just bring some boxes over for her to go through? says my brother (one or the other - maybe both). Uh, when you can, maybe you can take Mom over to the house so she can pick up what she wants, says my dad. Ignore her and change the subject, says the nun at the facility. We should start thinking about selling the house, says older brother. We'll just move back home, says Mom.

Sibs went home to other states in a galaxy far far away. I realized that the chore of cleaning and clearing out the house was going to fall on me and my husband. I wasn't looking forward to giving my husband this news. He wasn't looking forward to hearing it and after he did, I was afraid he was going to go off somewhere to a galaxy far far away where he could smoke his pipe and read in peace.

From October 2014 to April 2015, I worked on this task at least three days a week. Sometimes I had help, other days, it was easier to do it myself then listen to the "Oh my god, did they ever throw anything away?" which was my husband's refrain. A friend came to help a number of times and was rewarded with a set of bookshelves and 4 boxes of books. My kids came to help when they could.

Some stuff went to storage. Some to the thrift shop. There was lots and lots of trash. We put at least 100 bins full of magazines into paper recycling. Lots of stuff went into my studio and my garage and my closet. Both my parents are the last of their sibs still alive. I found photo albums that had belonged to my grandparents, numerous aunts and uncles, and my great uncle. I found tin types and stereoscopic photos. I found my Uncle George's driver's license and my Aunt Rosemary's luggage.

I thought to myself, once all this is done, the house will be sold and I'll be off the hook.

I forgot about the small problem of Medicaid. Once the house sold in April, they suddenly had too much money to qualify for Medicaid. So... guess what? More phone calls and research. What Medicare program would be right for them? I finally signed them up for Kaiser, mostly because I have Kaiser Medicare and I know the system.

Maybe...maybe once I get their prescriptions all sorted out with Kaiser, make appointments and get them to their new doctors, sort through all their stuff in my garage, studio, closet, and various piles around the house, maybe then I'll be off the hook? For a little while?

I won't count on it!

Goldie, such a great post. I think caregiving doesn't ever get a lot easier, it just changes. You give us such a good example of that with your stories of dealing with your mom and dad. Yes, you could be \"off the hook\". If you shut down your heart and never went to see either of them again. If you didn't care. But obviously that is not you. So, you like the rest of us, will continue to struggle with the ups and downs of caregiving. Please continue to shower us with your humorous stories of life in your galaxy. I for one, enjoy your take on life immensely.

That's an excellent post, Goldie. I have often wondered if it would not be a whole lot easier to have Mom in a care home but then I chatted to a friend who's Mom is in a care home and I heard she went to visit daily. She takes her Mom's dirty washing home and brings clean washing back. She takes her out 2-3 times weekly as her Mom used to always be a very social person who loved going out. My friend now does an incredible amount of mileage per month to go and check to see that her Mom is doing well and though she does not say - I can see she is totally exhausted. \nI do not have the option of putting my Mom in a care home as I simply can't afford to pay the fee's but it seems that having one's parent/s in a home does not necessarily make your own life easier!\nI found it enlightening to read your post!\nColette xoxo\n

Thanks. I'm really lucky in that my sibs do what they can even if they are out of state. The suggestions for how to respond to Mom come out of desperation.. grabbing for straws. It did take awhile for me to convince them that letting Mom look through a box of clothes so she can choose what she wants means she takes out one shirt and says, \"I've never seen this before. It's not mine\" , and she takes the rest. My rule for her is if she can pack up a box for me to take out, then I'll bring another one. She hasn't done it yet.\nGrace? Hoo boy. Maybe once in awhile.

Wow! First, you are a wonderful story teller. You had me hooked throughout. I love your wit and clever sarcasm.\n\nSecond, sigh...you taught me something. I have been thinking things would be easier on me if my parents were in a retirement village with assisted living services. Now I am realizing it probably wouldn't be different for me at all.\n\nThanks for the enlightenment. ..I think!

Mom and I have Kaiser. I took her to the geriatric doctor there. It is a whole team. They were WONDERFUL and I would highly suggest you get an appointment with their geriatrics group. Well worth it!!