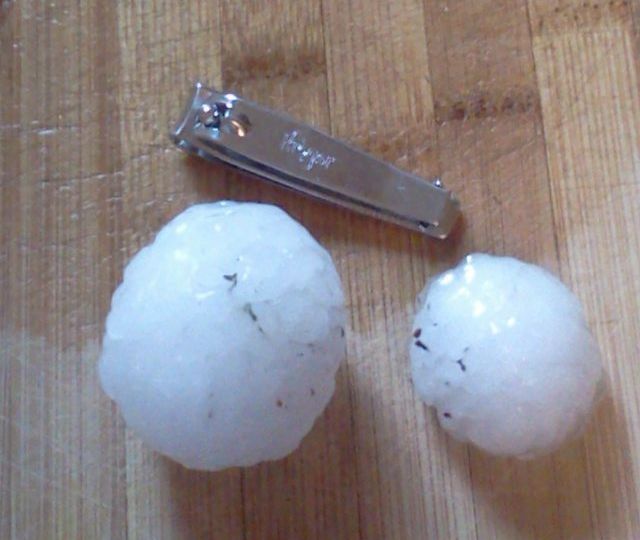 Goldie
It's funny. I tend to blog in spurts. I'm not really blogging just for the May contest, it's just that suddenly things are happening.

Along with getting Dad to his appointments, we also ran out of funds to keep renting their storage unit. During a moment of impulse (meaning - I didn't ask permission of my sibs or my parents), my husband and I decided to clear everything out and close the account. The money was coming out of our bank account and, at this point, we were not being paid back by anyone. It's time. The stuff has sat in there for nearly 3 years now. I've asked my sibs what they want to keep. Everything else is going, going, going.

One dilemma - despite knowing that our mother is a hoarder and gets super anxious about any item of her stuff that goes missing, my brothers are convinced that honesty is the best policy and we need to tell Mom that we are getting rid of her stuff in storage. Am I being unreasonable when I ask them not to tell her? I don't know, but I do know my brothers don't have to deal with the day to day fall-out from that kind of honesty. I am more inclined to just distract Mom if she asks about the stuff in storage. When she starts on this subject, I know she's just anxious in general. When I've tried to talk to her about the stuff in storage, she has always said that my brother-in-charge-of-finances will take care of it when he comes to town. He always has good intentions to take care of everything when he flies in for a few days. And it doesn't get done.

Brother finally relented and gave me permission to sell Mom's car, too. Mom, whenever presented with the possibility, has said not yet, she's not ready to part with it. My brothers said no way, we cannot sell it without her consent, even if we do have POA. So the car sat in our driveway with no registration, no insurance. We tried to start it and drive it up and down the driveway when we could, but it wasn't enough. Our son wanted to buy the car. We were prepared to help him out by getting needed repairs done. We figured it wouldn't take too much as it only has 47,000 miles on it (1985). We didn't figure on the radiator being rusted out from sitting too long. The coolant system is shot, there are many oil leaks, a replacement radiator could only come from a junkyard. The mechanic at our shop was really nice. He ran a pressure test on the coolant system without charging us. However, because everyone has tiptoed around Mom and wouldn't allow the car to be sold early on, it's now not worth fixing. It would cost several thousand $ to get it running. 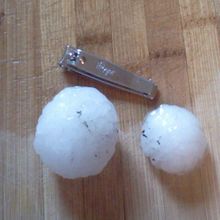 I was incredibly grouchy about this. My husband drove me to the shop and I picked up the car, which they left running for me so we wouldn't have to jump it again to get it home. Just as I pulled up in front of our house, it started to hail. You might have seen us on the news last night. We had golf ball to tennis ball size hail. I was stuck in Mom's car during the storm and got so scared, I wet my pants. The windshield shattered (stayed in place, thankfully) and the inside mirror fell off. It sounded like gun shots. I was sure the hailstones were going to start coming through the roof! So, if I wasn't convinced by the mechanic, the powers that be let me know it was time to just let go of this car for good. Our car also lost its windshield, but at least we have insurance.

I'm done. I'm not going to tiptoe around Mom and ask her permission about her stuff any more. It's not like it's valuable stuff or family heirlooms or anything. They have an apartment which is overfull with stuff, too (including family heirlooms). If my brothers tell her I got rid of everything, fine. We're expected to have another storm tonight and our garage is filled with everything from the storage unit.  We cannot get the car in. They will never need or use this stuff. My sibs don't want it.

I'm not asking anyone's permission anymore. Come what may, it's going. I feel sick about having the car just waste away when it could have been used. While the boxes of clothes and old furniture and dishes won't waste away like the car, why not let someone use them? They'll go to a group in town who work with helping homeless families and refugee families find housing.