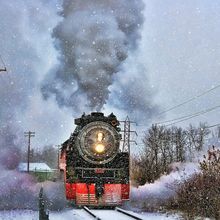 As you know, Mom is moving in on Saturday the 29th. I have been of course nervous about all this is going to work, getting more as we get closer. Now though I am MORE than nervous. I am flat out scared.

Mom's PPA is rare, as I've noted, which means there is scant research, no PPA-specific support groups locally and very VERY few books on the subject. But I found one. I read one. And it scared me.

Kimberly Williams-Paisley has written a book about her mother's PPA journey "Where the Light Gets In". Since doctors aren't telling me "boo" about what to expect, and what little I can find to read with clinical details states that it varies from patient to patient and that the logopenic variety (my Mom's) typically has less cognitive decline than the others, I figured this book might help.

Oh it helped all right. The time frame from point of diagnosis is similar to Alzheimer's BUT again varies. Averages seven years. We are in year 3. Ms. Williams-Paisley's mother got violent, had all sorts of incontinence issues, tried to jump out of a moving car, and so on. This is terrifying.

My mother has in the last six months gotten rude, thrown all semblance of manners out the window, has hygiene issues and is pretty much angry all the time. I get that the disease is frustrating to say the least. As bad as it is for me, it has to be worse for her. I get that.

But what scares me now is the whole "what the hell am I getting into"? There's no funding for long-term care. She has no assets. Hell, I have no assets. We will be looking at Medicaid I gather since Medicare doesn't cover long term care and not a whole lot otherwise. There's no funding for home health aides -- and in my HR days I fired a LOT of sketchy home health aides. I have no siblings, no spouse, no children. I have friends and neighbors but hello! they have lives.

Considering trying to find the money to put cameras in the house to check on her via my phone. There's an elder day care I am going to try to suggest to her after she's been here a while and settles in.

I'm worried about her letting my cats out. They are indoor babies -- as is hers. I live on a busy corner. There are dogs in the neighborhood. In the past would never have to worry about anything with the kitties, but she had a lot of scratches on her arms this week from her cat so I have to wonder what she did to the cat to piss Callie off enough to do that? All I could get out of Mom was that Callie was upset. Could she have tried to grab her by the tail as I saw her do to Missy (who's gone now) last year. Missy was old and frail and would never turn on Mom; Callie on the other hand is in her prime, large and pissy by nature. I'm afraid that in this house someone is going to get bit. Could happen, I have two that bite when cornered and upset.

I'm worried about her not being able to lock the door when Good Rides picks her up for Optimists. It's a deadbolt, requires locking with a key, not push a button, turn a thingy. You have to pull the door closed, hold it tight and turn the key.

I'm worried about the general upheaval now more than ever.

We went to the symphony last night. Went reasonably well. BUT the whole day before I had to fend off phone calls starting at 10 a.m. wanting to know why I hadn't picked her up yet. We go to Mass at 5:00 p.m. followed by McDonalds and then the symphony started at 7:30 p.m. Most of the time she doesn't have a problem with telling time. But this is the second time this has happened. Now, pretty sure not going to be as big an issue when she lives here but... still, I'm worried.

Thanks, needed to vent.

Thanks. Breathing is hard. I am one of those logically minded people who lines ducks up in rows, dots the 'i' and crosses the 't'; always has a plan and several back-ups to boot. So all this is extremely frustrating.\r\n\r\nOur local elder day care is free of charge - at least SOMETHING here is - and the potential issue there is that Mom used to bring pets from the animal shelter there to visit the elders so she might fight going because she isn't \"one of them\". ARGH!\r\n\r\nWhy do memory care centers within nursing homes have to be so dark and institutional? I probably should gt her on a waiting list for one of those. By my estimate we may have at best another three to fours years that she can live with me. Of course though, no one can tell me what the average expectancy for the progression of this disease is...

Our GP used to share his practice with his brother in law who is a geriatric specialist, but Dr Mac is in Columbus now. As is Mom's neuro - who only wants to see her once every six months. The last six months have been dramatic in the downslide. I can give Dr Ringwald's office a call and see if I can get a consult visit. \r\n\r\nThe other thing is, she still understands 90% of what you say. I can't have some of these conversations in front of her. It's demeaning to say the least and upsets her greatly.\r\n\r\nMy overall goal is to keep things as normal as possible for as long as possible,

Hi Cat -- First, I'm so, so glad you wrote this out! I apologize I got behind in replying to your posts but I read them all. It is so important you're documenting what this is like. \r\n\r\nFirst, all your worries are worries to have! They are reasonable and realistic. \r\n\r\nThe good news: You are reasonable and realistic, too. And, while we don't live next door, we are here to support you. We understand how hard all of this is! And, it's so scary! And, it's worse when it's all on you. \r\n\r\nI love how you are reaching out to learn about programs. I think it may be a good idea to find out if your mom does qualify for Medicaid and, if she does, start the ball rolling. Your local Area Agency on Aging can help. You can find yours here: http://www.eldercare.gov.\r\n\r\nIt's incredibly nerve-wracking when you see the future coming but you can't know how it will land. Know we're here to help you figure out the landing.