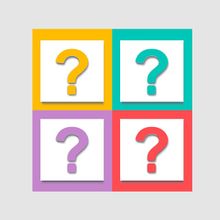 Got Mom moved in. Spent Wednesday, Thursday and Friday packing up the apartment. She kept following me around like a puppy. In the way. Not helping. Agitated. It wasn't fun at all. In fact, Friday I had to take the spoiled turkey slices and run out the door with them in order to throw them away.

Saturday was the move itself The U-Haul outlet lost the reservation and had no other trucks available. So borrowed a pick up that one friend drove, another friend brought a van and two teenagers and we had my sub-compact car. Took a lot of trips. Did I mention it rained? A lot. We were both exhausted, she was extremely agitated and angry so there was a lot of tension and some yelling. It wasn't a good day at all.

Sunday I spent five (count 'em five!) hours cleaning the apartment. It still wasn't up to my standards. After nearly twenty-one years you expect some issues, etc. But I had to use a literal chisel to scrape built up ... yuk... off of things. When you stop cleaning and washing your hands, and you eat with your hands there are going to be massive amounts of stickiness and goo everywhere. Since I have always had a thing about stickiness this was extremely awful.

Sunday wasn't too bad. I made dinner and she actually ate. Nearly cleaned her plate. The best part of that meal was when she FINALLY used her non-tremor stricken hand to use a spoon and was able to get the food to her mouth and not all over herself. The look on her face when it worked was great, so that was something. Problems with the TV though marred the evening. I had to stop what I was doing literally every 10 minutes to adjust something because she would not let go of the remote but kept hitting all the wrong buttons.

Went back to work today. She can't figure out the remote for the TV so apparently she just sat around the house with the cats all day. She appears to have read the paper, made herself breakfast and lunch all right. Dinner went well and she ate well again. It was simple pasta but it went okay. We're watching TV now and I have laundry going.

Trying to figure out how to install the "grammy cams" I ordered without insulting her. I got two cameras. They tilt, zoom and have two-way speakers and I will be able to check on her via my phone throughout the day. Trying to be pro-active.

I spoke with a social worker today. It helped a little I think. This one actually had experience with PPA so was able to give me some idea of what I was facing down the road. She's connected to the neurologist's office at OSU. She's going to send me some information in the mail.

So my house is full of boxes, looks like a hoarder lives here. So, now what?

Ohmygosh , what a frustrating moving day, to have your Uhaul reservation lost and then the weather!. Totally understandable for tensions running high. You made it though...WHEW! and job well done. Your mom is blessed to have you caring for her. Allow yourselves room to adjust to all the changes going on in your lives.