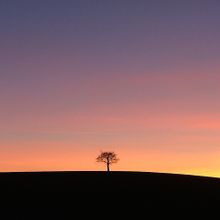 Recently, I had a mental epiphany which caused me to cry but also brought about a clearer knowledge of the situation.

I've not been posting much here, or even visiting, because I usually found myself more negative than positive. Any time I tried to write a blog post, I realized it would be taking such a negative feel and that's not how I want to be. Even though visits did not bring me to negativity, I would find I would get stuck in my own "whine and geez" party so I started avoiding even coming here. (And please know - it's not from anything anyone said or did - everyone here has been most supportive and friendly! It is very literally ME!)

But the epiphany I had was the realization that I am in (and have been) in mourning!

The mourning is not because my caree has passed from this existence to the next. Oh no, he is here and stressing me more than ever!

The mourning is more for those things I feel I/we have lost because of his deteriorating health.

When someone dies -- we mourn -- each of us in our own way and time. When my beloved Grandmother died (the first real death of my adult life), I was devastated but carried on because I had a 3-year-old and a six-month-old. When my dad died two years later, I was sad but grateful that he was no longer suffering (from the time of his first stroke to his death was about three months). My mom's death was different -- she was healthy as anything and an active 86 year old. A hidden thief (blood clot in the lung) took her from us unexpectedly and in front of our eyes. That was the mourning period I had the hardest time going through because I blamed myself in some ways for her passing (I signed the DNR to let her go). The following year, we buried my dear mother-in-law and while sad, I was grateful her suffering was over (almost two years post-stroke with worsening dementia).

A little over a year after my mother-in-law's passing, my husband had his second major heart surgery and became officially disabled and no longer able to work. He was 58 years old.

I thought we had planned well for that eventuality -- there was money in the 401K, he had long-term disability, receiving Social Security Disability benefits was not challenged. What I didn't plan for was the cost of living rising the way it has or how we would handle major expenditures (for the home, cars, medical bills). Don't get me wrong -- we were good for a few years. Not financially "rich" by any means, but able to get by and not struggle. But when the youngest turned 18, social security benefits for the children stopped, which took one-third of our monthly income, and things got different. As things had come up over time, the 401 took hits until it was depleted. I was able to find a real job (part-time) that paid well and could keep us afloat.

But the mourning I've realized I've been in -- I've been a victim of for a while now and just never realized it or admitted it! It is the mourning of life's expectations lost.

I look at our situation and jokingly tell people that I will most likely be late for my own funeral because I will have to work that day.

As friends of mine either look forward to their upcoming retirement (or are already enjoying retirement) - I look forward to many more years of work ahead of me - just to keep us somewhat financially stable. As friends spend time with each other and have lunch dates and shopping dates and shore trips - I am at work or at home doing all the things that not just were my responsibility - but all the things that he used to do and can no longer do. Friends don't think to include me - or even ask - and sometimes it stings.

As friends of mine are becoming grandparents and showing off their loving photos of days and times with their precious grandchildren - I realize that when my grandchildren finally come - they will not be able to spend a day with grandmom - because grandmom will be working - and the only days she will have for them, are days they will be spending with their parents (weekends).

I realize that the car I am driving now (bought used in 2014) - will likely be the last car I own - because even at used - I don't know that I can scrape together thousands of dollars for another.

I see my husband's health (both physical and mental) deteriorating more and more each day. Years ago, when we were young and spoke of our "golden years" together, the picture we painted was much nicer than the reality I now face. Because of the disease process, he is incapable of affection, incapable of holding a civil conversation. I lost him a long-time ago but the shell of him remains to quite literally haunt me and treat me poorly with no regret (or even inkling that he might be hurting me mentally/emotionally).

I hear a love song on the radio and I cry because those feelings and emotions that are so dear are not mine right now and I wonder if they will ever be mine again.

When someone dies, we mourn their passing, but in time, most of us continue living.

When the "person" that someone was dies but their physical body lives on, our mourning, if we acknowledge it, puts us in a place of limbo.  They are still there and reminding us constantly of what we have lost, or will continue to lose. It is harder to pass through the mourning and onto continuing life.

It finally dawned on me -- I'm in that limbo-land and I have been for a while. I need to find my way out of the "whine and geez" pity party and back into living a life that matters and is meaningful. 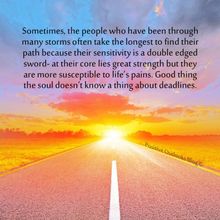 My husband has been disabled since 2014 due to diabetic complications. I do 90% of everything and when he's down with an ulcer or infection ,which happens about every 4 months or so, I do it all. He is 57. I am 47. I work full time and we get along on that and he SSI. We had to sell our home in a short sale because it was a danger to him to use the stairs and I could not keep up the house/yard alone after our youngest child married and moved out. Now we live in a 2 bedroom apt which is much easier for us. He complains that I don't laugh and smile as much. I'm too busy! I go from one task to the next trying to make sure all the bases are covered. Are the bills paid? Is lunch/dinner prepped for tomorrow? Did I get the laundry put away? Where is that receipt I need to take with me today? Oh yes..and the birthday card. Time to change a bandage. Get him a drink refill. Pick up that cough drop that he dropped under the coffee table. E-mail the apt office about the noisy bath fan... People don't understand how it is to care for someone who is not just a little sick. This isn't a cold that will go away. He has visibly declined in the last 3 years. I have to change/cancel plans because of weather or how well he managed to sleep the night before. I cannot commit to do things because I don't know if I will be able to do them. I have found in the last year that I have literally exhausted myself to the point that I'm crying and cannot do one more thing. The first two times I missed work because of it. The last time I saw the signs and was able to adjust. I don't do many of the things I used to enjoy because there is no time/money or energy for them. I feel obligated to spend time with him (watching tv is all he does) when I really want to read a book or go for a walk or go out with a friend. Evenings are already short since I try to go to bed by 9:30 to at least take care of myself somewhat. I get up at 5:30 for work everyday.\r\nI certainly can't tell my husband all this. He know I am tired and tries not to make work for me but, some things just can't be helped. I feel like if I don't get it out somewhere I'll just burst.

Im glad you are back. \r\nIt helps to know others share similar struggles and challenges during their caregiving journey.\r\nI appreciate your blog!

When we retire - or even when one of a couple retires, the adjustment can be really hard. Add a serious illness and the financial stress is overwhelming. We are going through this, too. I retired because of my Parkinson's disease; my husband was forced into early retirement (encouraged...strongly) and we found out he had started having seizures again, too. We live on my SSDI and his PERA retirement. What I grieved for the most was having to refinance our house when we were 7 years from paying it off. I was angry with him for this for a long time.\r\n\r\nI'm okay with it now, but it's not easy. I can't imagine how it would be if my husband (or I) was as ill as your husband. It is so hard when the disease changes their personality. The nurses would tell me (about my mom) - it's not her, it's just her illness. Yes, yes, but it still hurts.\r\n\r\nI wish I had some magic help/advice for you. Then again, when someone offers me their magic advice, I usually want to punch them. Take care and know there are those of us out there who understand!