On the Road to Answers

On the Road to Answers 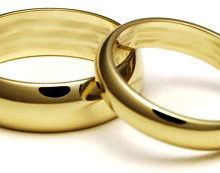 Today we go to get a biopsy of the mass on Marc's brain. This is to determine what kind of infection is on his brain, if it is different that what they found in his sinuses with the last surgery, and may determine if the mass they see is just an allergic swelling. We are hoping for allergic swelling because out of all the other possible outcomes, that would be the easiest treatment. Anything to bypass a sixth surgery.

On Tuesday, they met with a panel of doctors from around the world to make a decision on whether to proceed with the brain surgery. You see, Marc's illness is rare but what is even rarer is the effects it is having on him. He is one of thirty people who have actually been conflicted with this type of disease progression and one of the only ones in the United States. He is a medical marvel and a medical miracle since he is still able to walk and talk with the size of the mass on his brain.

His main surgeon told us that every doctor freaks out and has lost lots of sleep over his MRI scans because they can't believe that he has such a huge mass on such a large area of his brain and is still walking, talking and making somewhat sound decisions on his own. The side effects from this mass are VERY minimal especially based on the fact that everyone they've seen with a mass this size has been near, if not comatose.

The Mayo Clinic and all six of his doctors there have been amazing and very helpful. They are eager to treat Marc and are showing a little more confidence every day that with continued treatment he will actually survive this.

Considering last week, the prognosis was grim. If he has the brain surgery there is a 1 in 10 chance that he will not survive it. But if they let it remain the way it is and try to sustain it, he may have anywhere from six months to two years, max. And we want Marc around for as long as possible.

Honestly, I am hopeful. I am also grateful. I am mostly grateful that through all of this we can still look at each other and laugh, joke and just be calm together. It's trying but we can't do anymore than we are. We're in the right place, with the right doctors and hopefully, in the right time he will be okay again. I am scared but I am hopeful.

He seems to be more hopeful, as well. I think not getting any information and being completely in the dark these last six months not knowing what was going on was the most stressful part of things for us, especially him. And while he doesn't like everything they're telling him what he said to me was, "I'm not going to give up. I can't give up. I have to take care of you like you're taking care of me."

And when I asked him, "How can you be so nonchalant about everything?" He simply said, "I have been through some pretty crappy things in my life where normal people would just give up. I'm not a quitter."

And since then, we've both been a little more calm about everything. I don't want to lose my husband but I don't want to miss any time I have left with him because I am too depressed, angry or sad and not enjoying moments like tonight where we were watching Hell's Kitchen and laughing hysterically at our own commentary. It's the little things these days that make the huge difference for us.

Here's hoping to better news after this biopsy.

Thank you Pegi!\r\nWe appreciate the thoughts.

Thanks, Cathy... We have our bad moods and days, too, but we know how to come together when it really counts. That's what I've always loved about him. He is my inspiration through all of this. He makes it easy for me :)

Thank you, Trish. I appreciate your support. It means a lot :)

Thanks to you all! \r\n\r\nToday's been a LONG day for us but they just got out of surgery not long ago and they seem very positive just by viewing the samples they took from the biopsy before they were sent to pathology that there isn't infection present or at least nothing they can see. They should know more for sure in a week and then if they do grow anything in the lab it will take up to four weeks for them to determine what type of infection it is. \r\n\r\nSOOOO... for right now, I'm going with the positive and saying he's going to be A-okay. With a little bit more medicine, something stronger, and a lot more love he's gonna be back to his old self soon enough. \r\n\r\nI wonder if I'm ready for that? He's been so extra cuddly and sweet lately. LOL