Professor Cob
It's been four months. Exactly four months. The memory of that night will, I think, never fade. Bonnie and I walking into the house to see Ron sitting in his chair, sleeping. The call to 911. The house full of EMT's and police. Bonnie's phone call to her husband and her brother. My calls to my Dad, my brother, Ron's brother and mom. My call to my best friend Chris.The breath caught in my throat as the EMT's tried to revive Ron. The tears that choked me when my husband was pronounced dead. Allen, who lives on the upper edges of the autism spectrum, holding an ice cube in each hand to keep himself centered. The older kids gathered on the back deck, arms around each other. 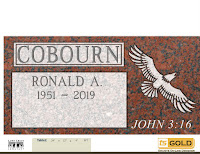 We'd known the moment would come. But not this soon.

Four months. I've moved through 123 days now, taking care of final arrangements, dealing with insurance and medical equipment. I've been beside Allen as he used magical thinking to come to terms with the sudden death of his father. I've been there for the older kids and let them talk when they needed to, cry when they had to. I've tried to be a support to Ron's mother. I've gone back to work as an ESL teacher in an urban high school. I've paid bills and kept house and found a way to manage without Ron's social security income. I've picked out a grave marker. I've stopped waking up at night to check on Ron, who slept downstairs in a hospital bed for the last nine months. I've rearranged the living room, pushed my queen size bed to a corner of my bedroom. I've moved on. A little, anyway. 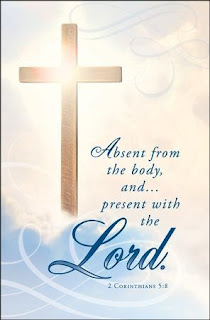 But the 13th of every month throws me back to that night 123 days ago, that night when I came home to find Ron had, quietly and without fanfare, slipped away. I keep the tears at bay by keeping busy, teaching my students how to construct a sentence in English, working with the kids at church, playing Rack-o with Allen.

Plain and simple, I miss Ron's presence. Not his illness or the nursing tasks that fell to me. Just, well, him.

I feel no guilt at his death. I know the truth of what my oldest son, Dennis, said to me the night his father died. "Mom, you sacrificed your life for Dad. No one could have done more than you did." In that truth there is some consolation. Despite the challenges of the last 19 years, Ron knew he was loved.

But still, the 13th of each month--and every month has one--looms. A hard day to get through. So far, there have been four of them, different from the other 119 days in their sharpness, the details of his final day imprinted in my brain. 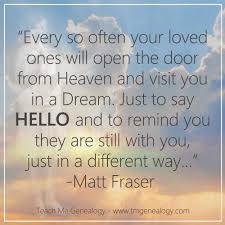 In the early hours of today, November 13, the fourth of the 13's I've lived without Ron, I was given a gift. In the early morning hours, when I was poised between sleep and wake, huddled beneath my blankets in the knitted shawl I call my Widow's Wrap, the door to my bedroom opened. Ron walked it. Actually, he strode in. Not the Ron who 123 days ago fell asleep in his easy chair and woke up in Heaven. Not the Ron who suffered through 26 surgeries. But the Ron whose pictures sit on the shelf in the dining room, smiling at me as I wrote this blog. The well Ron, The whole Ron.

He walked over to the bed and gently lowered himself to the mattress. "I didn't come to wake you up," he said. He laid down next to me and put his arms around me, warming me the way my Widow's Wrap had during the cold night. "I just came to tell you that I'm okay. I wanted you to know that."

I think he stayed for a while, until the alarm went off and I found my wrap pulled up around my shoulders. 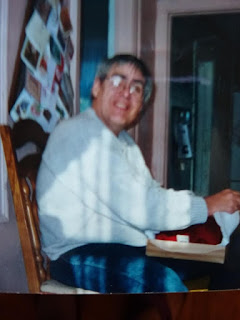 Maybe I was dreaming. And maybe not. Perhaps it doesn't matter.

What matters is this: Ron, sick for so long, is now okay.

And I guess that means I can be okay, too.