One More Blow Up

One More Blow Up 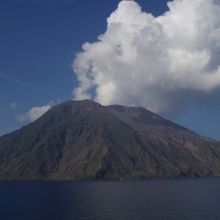 We got to the root of the "resentment" issue. I really should have seen this one coming. I know better. I know how I am, and I know how impatient I am with other people. I lack empathy. It's something I've been working on for months and getting better all the time. When I'm sick, I still do what I have to do because I feel like the mission is more important than I am. When I get praised after, I don't know what to say or do. I'm embarrassed because I didn't do anything extraordinary. I did what had to be done to complete the mission because that mission--as iterated--is more important than I am.

Evidently not everyone feels that way.

Sometimes I wonder if I'm compromising my integrity to myself to learn to express more compassion and empathize with my wife's or anyone else's plight. On the other hand, it's my job to change. That's the real reason all of us are put on this earth, to do what we're here to do, and that always has to entail change, otherwise there's no point to any of this.

So much work that has to be done, to love, to express.

Cris brought up something that I hadn't thought enough about. Yes, I'm her caretaker, but what does that entail other than doctor's visits and medical bills? Anymore, not a whole lot. She's gotten a good handle on her Fibromyalgia. Other than those two aforementioned items, the only thing I guess I do for *her* caretaking is cooking occasionally. I mean, I've taken over a lot of traditionally "mom" roles with Jake, and I clean and wash dishes, but specifically for her, there's not a whole lot. It's mostly on autopilot anymore. I double check her symptoms, but she's no invalid.

That put our relationship and her illness into a whole new light for me. I'd been living in my head back when I was expecting her to die and feeling a lot of the stress that I'd  never managed to release because the story I was telling myself was that I had to take care of a sick wife...not that I was living with a woman with Fibromyalgia. That little shift in perspective changed everything.

Let's see where this new turn in my path goes.

Wow, except for not having the children to deal with my story is darn near spot on. I take care of near everything now and just when you think you've done everything and can sit down the intercom rings or your name is called. You roll your eyes, mutter to yourself and start the process again. To find an hour where caregiving or work duties are not tacked to your forehead like a post a note is like finding a silver dollar on the beach. Empathy? What is that? The sad part is as empathy goes down cynicism goes up. Then you start to ask, Why me.

<a href='http://www.caregiving.com/members/tcbarrett3rd/' rel=\"nofollow\">@tcbarrett3rd</a> Hang tough, indeed. Enjoy your posts and their brutal honesty. Hope you will continue to share with us.

That is absolutely brilliant! I hope it gives you both some breathing room to remember what it was that attracted you to each other in the first place.