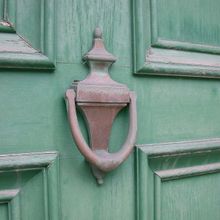 I've been looking very diligently for a job since we've moved. I can't say that I am not enjoying the down time but I really am at the point of hysteria. I've never not worked since I was 16, so this is a huge deal to be unemployed for so long.

I've got a couple of interviews that I've scheduled so I am hoping that something will surface. The last job I interviewed for was something I don't normally do but have wanted to so I am sure I got passed over for someone with experience but at least it got me out there interviewing. And two call backs for the same position is pretty impressive, as it is. I can't be too upset. They could have never called me to begin with, so that says they saw something in my resume and first interview.

Regardless, I made the decision to start volunteering so that I don't have any gaps on my resume and I get out of the house and don't end up going stir crazy. I meet with the Volunteer Coordinator from the group home in our town next week to determine what I can do to help out there but she said she will definitely find me something, so that's a great start and something exciting to look forward to. I used to work for a couple group homes back in my hometown when I was in college. I did everything from cleaning to helping the girls with their homework to doing office work. So, no matter what she tasks me with I will be grateful to have something to do.

Other than that, Marc seems to be doing well. He's more animated and talkative. He's still having some memory issues. I let him go to the store to get me a Coke and he brought back a Sprite. He realized he made the mistake when he took it out of the bag to hand it to me and he says, "I swore, I was looking at the Coke, I just ended up grabbing the wrong thing." I promised him it wasn't a big deal but that really bummed him out. Then I reminded him, "You've done this before without the brain issues. It's not a big deal because things like this don't happen that often."

I know he's going to struggle with his short-term memory for some time but he's making huge strides. The fact that he can recall things longer is a big deal. We used to have conversations and he'd forget two minutes later and ask me the same question again. I know he's also worried as to whether he's going to be susceptible to dementia because of his issues and because his father has it. I don't know. I told him to write it down and we'd ask the doctor. I promised him that regardless the outcome he'd have me.

At one point he wouldn't even talk about the future and the other day he laid in bed next to me and started naming our unborn children. Which we are now apparently having four because he knows I want girls but he wants boys who will be named after our fathers. I chuckled at this and told my mom to which she became excited herself. I just shake my head at them both. We'll see. They know I can't have them, I suppose we're going to win the lottery and adopt or find a surrogate. Either way, I'm just glad to see him excited about something again.

Hi Casandra--Opportunity will knock for you. I hear it coming. :) You're doing great--it's tough to look for a job. I'm grateful you keep us posted.

Cassandra,\r\nWhen I was in my late 20's I started taking care of my mom.\r\nI did a lot of volunteering during that time also. I helped in after school programs. It does help on your resume and it gives you references.That's great that you decided to start going on interviews. I admire you . You have a lot to deal with.

Cassandra! So great to hear that you are getting interviews and call backs! It might take a little time being new around town but you are doing great! I am so glad Marc ventured out by himself and did so well, Sprite is just Coke without the coloring ;-) I will keep praying for you two! Praying for sweet times and sweet conversations for you two to just \"be\" in!

Cassandra I am so happy Marc is improving. Job searching is so stressful, great idea to volunteer to keep those nasty job gaps off the resume. It is too easy for employers to weed us out because of a gap that is easily and understandably explained if you ever get to the interview. I think you are right, to be considered for that position and to have a second interview is all positive. And so glad you had a good night's sleep last night. Yippee!