0
The Medicaid deadline was yesterday.

Got up extra early, got to the office when they opened at 7:30 a.m. Turned in what paperwork I had and BEGGED for an extension because TIAA and two others still have not coughed up the validation paperwork.

I got another 10 days. Calendar days, not business days. New due date: March 12th.

Not going to be enough. Not for TIAA at any rate. The insurance company might come through... maybe. The company in Canada - who the hell knows. 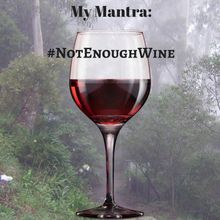 You see, I spend about an hour on the phone with TIAA again night before last. They finally (FINALLY!!!) accepted the P.O.A. documents - how magnanimous of them. And sure, they can now process the rollover to Mom's traditional IRA .... AFTER they validate that she is no longer employed by the company through which she had the TIAA account. Because you see when the place closed and laid folks off they apparently didn't tell TIAA about it. Excuse me, but why should they? People leave companies for other jobs all the damned time and they roll over account balances to other retirement accounts all the damned time. So I explain that in 1994-ish when Mom was let go by the graphics department at the museum it was because they shut down that business -- which for legal reasons was a separate business from the museum proper and it NO LONGER EXISTED, so seriously HOW are you going to verify anything?

Well, after they get this verification — from a company that no longer exists and hasn't for over 20 years — then and only then will they do the rollover, five business days after said verification.

Meanwhile the insurance company responds by saying (on the 27th) that they have "requested" the validation of account balance letter be sent and it could take 5 to 10 business days for that to get here. Because of all that I haven't been able to call Canada while those offices are still open.

Oh, and she's not eating.

AAUUUGGHHHH! Paperwork, forms, copies of bank statements.... we're expected to be excellent secretaries and accountants in addition to being nurses, heavy weight lifters, house cleaners, psychologists, cooks, and and and... My dad's not eating, either.. that is, not much other than ensure. He likes that. It's like having milkshakes instead of meals.