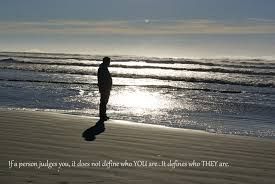 "Oh, she's sleeping again," said one when I inquired to know where my daughter was.  Other comments I've heard:  "She's faking her behavior -- she's not sick.  She's just controlling you.  You are just not putting her to bed early enough.  Her doctor obviously doesn't know what he's doing.  Oh...your insurance is accepted everywhere.  Waiting three months for a doctor...you are not pushing hard enough.  Why can't we call an ambulance when she's sleeping?"

The ones that stand out though are from two little ones, "Will she be okay?  What can we do to help?"

PANDAS is associated with unexpected outbursts.  It is when the brain is experiencing inflammation from the leftover strep toxin.  Now that I know what is occurring, I'm guessing I was seeing signs as early as 6 months ago when she started behaving very uncharacteristically awful to her normally good mood.  The diagnosis came about 1 1/2 months ago when her behavior was so bad that she was throwing things at me.  With antibiotics, she's happy again. (Though they are already starting to lose their life time.)  She can fall asleep suddenly and into an extremely deep sleep at that.  If you try to wake her up during this sleep you may get Pencham or you may not get her to wake up.

My comment for her:  "Don't you apologize when these moments occur.  You have PANDAS. I told you, we -will- beat this!"

My comment for everyone:  Stop judging on what you don't know about.  The doctor, she and I know she has PANDAS.