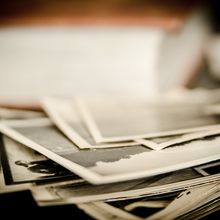 Since Dad passed in early November, I've found myself in a downhill slide. The first couple of weeks, I was focused on all of the important matters-at-hand: contacting family and friends, shutting down various accounts, making significant progress on cleaning out his house (also known as The Purge), and figuring out what's next in my crash course of caregiving and the eventual aftermath. But by the first of December, things slowed way down. I actually exhaled. And when I did, emptiness crept in. The reality started to sink in that he was gone, and this whirlwind of care giving that occurred over the prior four months had come to an end.

One of the things I have missed the most is the ability to talk to him on the phone. I have an hour commute to work each morning, and for years prior to him moving to Texas in October, once or twice a week I would call and talk to him during my commute. Since he passed away in early November, it seems like that commute has gotten twice as long. It has become lonely and dull and sad and miserable.

It also occurred to me that although Mom had passed three years prior to him, as long as Dad was alive, it was almost as if a little piece of her was still alive, too. I don't know why it felt that way -- maybe it's because he talked about her constantly, or because the house was still occupied and many of her things were still around. I'm not sure, but suddenly it hit me that this was permanent in a bigger sense than just losing one parent: Both of my parents are gone. I am now a 49-year-old orphan of sorts.

If that wasn't dramatic enough, I found myself constantly thinking of all the good times I had with both of my parents. Now, that should be a positive thing, right? We are supposed to remember the good, and let go of the rest, right? Well I think I was over-achieving a bit, and instead of it making me feel fulfilled or happy, the sense of loss was dragging me down. Grief was eating me up, and I just couldn't shake it.

I was talking to my brother on the phone about a week ago, and he asked how I was doing. The prior day had been particularly hard for me, and interestingly, I learned that it had been for him, too. There was nothing significant about that day (it wasn't an anniversary of something, someone's birthday, etc.), I guess it was just our day to grieve. However, my brother was struggling in a different way than me: My dad left without fully repairing his relationship with my brother. Wounds from years past were still open, and now my brother has to figure out how to move on without a much-needed reconciliation.

A day or two later, I was reflecting on my conversation with my brother and it occurred to me that I was overly-focused on the good, while he was stuck in the negative. And neither of these are healthy places to be -- we must maintain a rational balance. Later that day, I was watching a funny British comedy (Black Books -- I stumbled across it on Netflix) and in one scene the lead character is procrastinating doing his taxes and picks up the phone to chat with his Mom. That quickly advances to him clearly regretting having called her. I laughed and laughed, for the first time in quite a while because I realized that I have had that happen so many times! More often than not, those phone calls I had with Dad during my commute were actually quite annoying. Was I really missing the conversation, or was I simply missing having someone occupy my time? Ouch.

It seems very odd, but I am finding peace by allowing myself to remember situations when my parents were not exactly on their best behavior. It's not that I am relieved that they are gone -- that's certainly not the case! -- but there is some comfort in knowing that additional mishaps cannot occur. And it has also allowed me to recognize that in their "human-ness" (is that a word?), they made mistakes. Just like I do, and just like we all do. The balance is there, and it is good.

I am having trouble with the loneliness that has set in my life. My mom died in August and I still cannot believe she is gone. During my caregiving of her for over 5 years she was the force that was driving my life. The first month was the hardest along with Christmas but I still hear and see things that I normally would have told her. But then I remember she is gone and I cry. I am an orphan at 64 and it's not that easy at my age. My dad died in 1998 and like you as long as she was here I felt that he was here too. Now I have lost both of them and I am sooo lost. They say it will get better but I haven't seen it yet. I hope you can move along in your journey better than I have mine. This site has saved me many bad moments but when I turn the computer off I am alone again. I do wish you that peace that we here all deserve. God Bless,\r\n\r\nAnita

I truly admire you for your honesty and acceptance. It's hard to stop telling ourselves the same stories over and over when the truth is a more difficult story to tell. You deserve all the peace and freedom that truth can provide, knowing you did everything you possibly could for your parents, and they were still unique individuals with independent wills of their own. I hope your brother can somehow find the same peace you have now.