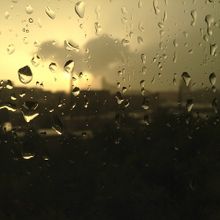 (Editor's Note: We welcome Wazhyfee, who cares for her husband, to our blogging team today. You can connect with her on her profile page: @wazhyfee.)

Two years ago my husband had a colonoscopy and two polyps were removed. One was cancerous. A PET scan determined that the cancer had not spread. Given the choice to have surgery with the possibility of a colostomy bag, he opted out. After all, there was only a 10% chance the cancer would come back. We had been married only two years and I was so afraid of losing my tailormade man. It was such a relief to get a clear scan. Now our fairy tale could go on.

His stomach was never quite right after that colonoscopy. Following our four-year anniversary it seemed to get progressively worse. By Valentines day he could barely eat and was hardly sleeping. I knew it was time to see a specialist. The pain was so severe that instead of waiting to get in with the doc, we went to the ER. A CT scan showed spots on his liver and lung but couldn't determine the cause of his stomach pain. He spent a week in the hospital during which time we met his current oncologist and had a liver biopsy done. The biopsy along with the blood work confirmed cancer. The need for stent placement confirmed where the original tumor was. My husband is such a man's man that I had to stay on top of the nurses the whole time concerning his pain management. He may not look like he's in pain but, if he's asking for relief and saying his level is an 8, he's really at a 12! Several times I was afraid he would have a stroke because his blood pressure was so high as a result of his level of pain.

My husband was released from the hospital on a Sunday and we were at the oncologist office on Tuesday. Scared to death but determined not to cry, I listened to the doc say the words Stage 4, inoperable, incurable and, five years to live at most. We had been through so much before our story together began. Finally I had someone that loved me unconditionally and I him. He is my King and I am his Queen. The things we have faced since have only drawn us closer together. He is my tailormade man, perfect just for me. This cannot be happening, I'm going to wake up and our biggest worry will be our student loans. Right?

Wednesday was Chemo Class. I was literally on auto pilot. The horror of my new reality slapped me dead in my face when we walked into the Chemo Suite. I couldn't breathe. I was shaking and the tears I was choking back flowed freely. I kept apologizing to my husband, he is always so patient. I felt as if I had failed at trying to be strong for him. He is stoic where I am emotional. He told me my strength was in my actions and faith, my tears did not determine how strong I was. Oh God I can't lose this man!

By Friday he was getting his port put in, PET scan Monday and Chemo on Tuesday. After seven hours at the Cancer Center, he came home with a chemo pump until Thursday. That's when Kryptonite Chemo proceeded to kick our butts. No amount of reading, listening or research could have prepared us for the days ahead. I was helpless as my Superman was weakened by the thing that is supposed to help him. All I could do was go to the Son as I desperately searched for ways to comfort my King. Songs of Worship to our Lord brought him peace and gave me strength as I held my husband in my arms.

We have a long road ahead of us and only God knows how long we will have to fight. He is the one who brought us together and the tie that binds us still. I am so grateful that we are facing this together and my husband is not alone.