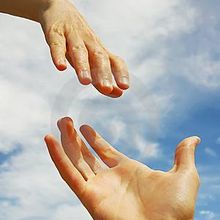 This week has been another week of processing some thoughts, ideas, or plans about how to adequately care for Elly and still allow her to make her decisions about her care. I understand my NurseySister's position that if Elly doesn't ask for help, we don't need to provide it. My experience in living with Elly is that she isn't going to ask for help unless she is in dire need of assistance and is miserable. I am sure it is part of our ethnic heritage coming from the Germans who moved to Russia then fled under threat of death.

So, the problem with Elly's legs continues to push my caregiving buttons. She'll say "I'm Fine" and then a few hours later she will be lamenting about how she feels. I am working to use those inconsistencies to my advantage right now in offering hospice care. I will say that I need help so that she can be seen when she is miserable without having to leave the house. A case in point, yesterday morning Elly was hunched in her chair in the morning before I left for work. She was scratching her legs. I sat down with her and asked if she had used the cream and the ointment as the doctor had described. She said that the itching had kept her up all night and she was exhausted. She said she would be calling a doctor to be seen. So, I redirected her to the referral that was done to the dermatologist and said she could call him. "Oh, I will try that," she said.

So, I went to work and called the doctor's office at 8 a.m., explained I had a referral for Elly. The nice young lady said that she had called Elly and the response was "I am fine". I asked if we could have an appointment since her legs were weeping and itching causing sleeplessness. I was told we could be worked in that afternoon. We made the trek across town and were treated wonderfully, everyone loved Elly. "She is so cute!" they said. The doctor saw her within about 10 minutes of arriving and had the solution presented to her in a forthright way. We were home within an hour.

On the way home, Elly had closed her eyes after saying she was worn out. Just before we reached our block she opened her eyes and exclaimed, "What happened there?" She didn't seemed to respond to my answer, then she said she felt sick, like she wanted to throw up. She was unbuckling her seat belt as we eased into the driveway at home and I went right into the house to get a bowl. She was so very pale and weak, trembling too. I tried to get her out of the car into a chair on the driveway where she could get some air before going up the steps into the house. She refused that help. She was pretty determined and made it into the house without losing her cookies or falling!

Elly wanted some ginger ale so I got that for her. She kept saying, "I don't know what happened, I just feel so lousy." She's never gotten car sick - with whoever is driving. I think it's just the "control" part of her beginning to let go and she's troubled by it. I talked with her about how she has been sick the last couple of times we have gone out to the doctor. It's hard to see her sick like that since there is nothing really to do. So I've waited. Last night, she ate two waffle squares. I make Gluten-free waffles because they don't sit like lead in my stomach :) We had the pudding sauce on top and fresh raspberries. She seemed to eat well.

Afterward, she took her plate to the sink and went to her chair. I could tell she was exhausted. I let Elly know that I was concerned about these trips making her sick and that I thought a nurse could help us at home better than us going out. She listened. I then said that there were programs for a nurse to stop in, maybe twice a week like now, with her leg problems, then maybe once a week to check her blood pressure. She agreed and asked how it would be paid for. I mentioned that hospice has a program to check on elderly individuals who weren't feeling well and had problems like hers. I told her that hospice has many programs, not just the end of life one and that Medicare would probably pay for it. I asked her if I could set that up, she said, "Yes".

Normally, I am hesitant to make this type of call without following up in case she wasn't really serious. This morning when I got home from work I could see that it won't really matter too much. She's very tired but she had the table set and leftovers in the big cast iron pan on the stove. How she got it down, I don't know! Elly was emptying the dishwasher but when I walked in she said I would have to finish because she needed to sit down. I finished up the dishes and then waited for her to be ready for lunch. It took about 20 minutes for her to notice me and then said she would eat just a little. We ate without talking much and she left the table after eating about half of the small portion on her plate.

Evidently she slept well last night. She is "resting" in her chair. I will make the hospice call after the washing machine repairman comes and puts in a part. I have the number for a particular person at hospice with whom I spoke with on Wednesday. I am sure all will go well just waiting them to get the hospice order from the kidney doctor, probably by Monday since it's late in the day on Friday now.

I emailed my Uncle and BabySister about calling hospice today so they will know. NurseySister comes home from the coast today. I told my boss and my office manager that I was going to be making that call today so they would know.