0
In the words of the ultimate Lili Von Shtupp, "I'm tired". We had a heck of a night last night and I'm pretty sure we are getting too old for this. 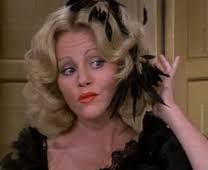 Yesterday started off normal enough and Mike had a doctor's appointment in the afternoon. I got home around 5 and he still wasn't home, his appointment was at 3:30. This can't be good. Sure enough there was a message on the phone. "Hi. I'm still at the doc's office. I may have to have an emergency MRI in Calgary. I'll phone you later." Sorry, what? What do you mean emergency MRI? What's going on? Since Mike refuses to have a cell phone I called the clinic to see if he was still there. I asked the girl who answered to get him to phone me ASAP. Apparently that meant waiting an hour to tell him that I had phoned. He called me back and told me that the doc was worried because he was losing sensation in his mid section and wanted him to have an MRI right away. Right away meant heading down to Calgary, which is a little over an hour away because if there was a spinal compression he needed to go to another hospital in Calgary where the neurologist was standing by.

At this point I'm trying to figure out how to get to the clinic because his truck is out there and they are sending him to Calgary in an ambulance. Thank God for family. Mike's sister drove me out to the clinic and offered to let the dogs out and watch the house if we were going to be gone longer than the night. I checked in with Mike and the doc and raced home to pack a bag, grab all his meds and head out.

That drive south seemed to take three times as long as usual and I felt like traffic was going slower than normal, but made it to the hospital where the MRI was to take place without getting lost. Yay me since this is a brand new facility and had never been there before. The wonderful EMTs wheeled Mike in and he got his MRI. Thankfully there was no compression of the spine and he was free to come home. Upside! Downside, we still don't know what is wrong and causing the loss of sensation and the pain in his leg. The doctor figures he may have a hernia so now we are waiting on an ultrasound. We can live with that so we will wait.

Oh, by the way, apparently I was driving a little on the quick side because I beat the ambulance to the hospital. I guess I passed them on the highway and Mike was waving. Whoops!