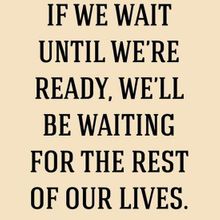 After last Thursday's craziness and because I still find myself, while calm on the outside, incredibly stressed, frustrated and scared on the inside, I have decided to make some changes pretty quickly. I need help. I can no longer do this alone.

Originally, before Marc got sick we were in the process of making plans to move to San Francisco with his best friend. We'd found a house and everything. But we couldn't go once he'd got sick. Too much happened too fast and we couldn't ever find the time to go nor did I want to just up and leave with him being so unstable. I told him, we cannot go until you get better.

However, walking in and finding him unconscious last Thursday got me thinking. I don't want anything to happen to him because I am being selfish. Beyond that, if anything happens to him, I would never forgive myself not helping him live completely the way he wanted to before it did. Part of what he wants is to be closer to his best friend, back in California and I don't blame him. None of his so-called friends who live minutes away have even visited nor do they call. He's disappointed and disenchanted and it shows. Since he's been sick, his California friend has been to see him twice, driving the 12 hour trip by himself. He even came once just to help us move and turn around and go home when we had able bodies right next door who didn't offer to lift a finger knowing Marc's condition. Besides all of that,  I love San Francisco and have always been excited about the move. Since that last Thursday, my thought process has been, "whatever is necessary."

We were already in the middle of changes. He was released from his job and we were picking up his COBRA insurance. I was at a good point in my job where if I wanted to transfer, now was the time. While I won't be doing the same thing, there are opportunities where I am going to remain with the same company. We are broke, all savings depleted, thousands of dollars in debt, and no help from anyone. 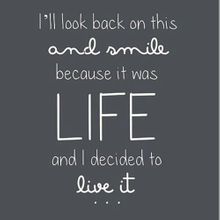 What changes would be he'd have his friend, heck, I'd have his friend, to help us. I can work and not worry that he is alone because I will know if something happens someone is there and someone can contact me. What also changes would be that after careful research (which by careful I mean one day of being hyped up on coffee sitting in a Starbucks) I was able to find that UCSF Medical Center outranks Mayo Clinic in Neurology and ENT specialties, the main two specialties Marc needs. While I love Mayo Clinic and his doctors, I love the aspect that there are a ton of programs and resources at UCSF that are not available here. What changes would be I wouldn't have to work full-time for awhile and I could devote more time to him. He is my number one priority and I cannot imagine life without him but if it comes down to last moments, I want to have shared some good experiences with him, worry-free. And even with working part-time, what changes would also be that I won't have a massive rent payment that I am struggling to meet on my own and it will free up money, to pay overdue bills and put into those things Marc needs that I haven't been able to give. 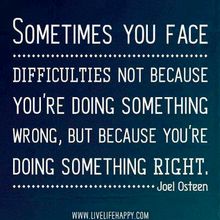 Ultimately, what changes would also be my attitude. I won't feel so alone, so downtrodden, so frustrated, so angered and so tired. I'd have help. I'd have support. One person is better than no persons to help. I've had a serious conversation with his friend, who suffers from Asperger's so this is a transition for him to but one he has been begging for, and helped him to understand this is serious. He amazed me with the amount of knowledge he had on Marc's condition. Marc would never give specifics, he just never has. He prefers not to and because of that his friend had took it upon himself to learn about it and NO ONE has taken that initiative between my family and Marc's to do that.

Marc and his friend met when they both worked in Yosemite National Park. It had been his friend's first job and since he had Asperger's it made it hard for him to fit in. His friend told me this, "Marc saved my life when I met him. And then you saved it again when you married him. I owe you both my life. I want to help you." I cried. It felt good to finally hear someone say those words and sound like they meant it. In that moment, no matter what reservations I had about the move, my mind was made up, we were doing this.

So, today, we talk to his doctors about contacting UCSF and getting him setup with them. Monday, I put in my two weeks notice in my current position. July 18th, we depart.

I can't look back and I won't look back. Everything about this decision and about the timing of this decision feels right despite some of the issues that we are going to face in getting Marc there safely and the help I will need to do that. Yet, I have a faith that everything will be alright. I am making the right decision. I know I am.

Hi Casandra--I think this sounds terrific! I think it's imperative to do what we can to be happy. And, this move sounds like an important ingredient in your happiness. And, even better, you don't have to pack us--we just follow along. :)

Awesome to know someone's been treated there and liked the facility and the docs. Our other option is Stanford University. So we are comparing the two facilities and doctors and will make our choice by Monday. Mayo Clinic is being VERY helpful with the transition and is making sure to have a set plan of action for the transfer based on what WE want so they can communicate that to them fully before we get there and so treatments do not stop (which is most important).

No worries, I definitely understand what you are saying and trust me that is at the forefront of my mind. And I have fully communicated if at anytime he feels overwhelmed from having us there or dealing with us then he needs to communicate it sooner than later. I do have a Plan B. I wouldn't make a move like this without knowing what I would do if it didn't work out. And thanks for the honest feedback, it is much appreciated!

I love how you are seizing the moment!\r\nI do not for one second regret our move to Florida ten years ago. It's not without its challenges, but the good far outweighs the bad as far as our quality of life. And I am so glad you have a friend waiting for you both at your destination! Wishing you both a wonderful move.

Having been in a similar situation with my husband the best thing we did was move. It took everything I had to get us packed up, the house sold and on our way. Not one 'Friend' came to help us because I apparently seemed to have it under control, even when I asked directly for help people were too busy. I hope you make it safely to the other side with very few hiccups! \r\n\r\nHere's to change and travel!