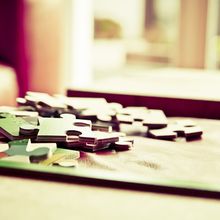 I have been a caregiver for the majority of my life, beginning at the age of 8 years. My grandmother had hardening of the arteries in the brain. In those days, this was not considered Alzheimer's, which, truthfully, did not make sense. However, now, through research, it is considered just that. Since both my parents worked full time, my brother and I shared in the responsibility of caring for her after school.

As years went on, I married and had two beautiful sons. Eventually, my father developed a virus that caused renal failure. He did manage to beat the odds by living with the disease for 10 years, instead of the usual five. However, it wasn't much of a life. He had dialysis three times a week.  My mother, an independent woman in certain ways, but dependent in many more, came to rely on me. I made life decisions for her. As she aged and became ill, this dependency was even more evident. By the time my father took ill, my brother refused to help out.

Finally, my husband developed an autoimmune disease, which eventually led to many more illnesses. He had to retire from a career he truly loved. By this time, my father had passed on but I now had to care for my mother and husband simultaneously.

Today, I am no longer a caregiver. My mother has also passed away. Through a series of very unfortunate circumstances, my husband and I are no longer married. So now, I am at the crossroads of my life, trying to discover myself and establish a career. I became a health coach and caregiver's advocate. However, I am finding all of this difficult, as I am just starting out. In addition, I joined the Alzheimer's organization, becoming a volunteer advocate. I have my first meeting with the local congresswoman this coming Wednesday, 1/29/2020.

It's easy to understand how a caregiver can, over time, ignore herself, become frustrated and overwhelmed and confused with the healthcare system, in general, and lack of available information, specifically.