Reflections on Caregiving Stress and Guilt

Reflections on Caregiving Stress and Guilt 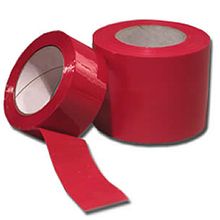 Today I read @jen ’s post, “The System Is Beyond Broken.” So many things she said hit home. Even though it has been 9 months since my MIL died, I plugged into the emotion and frustration Jen expressed:

I remember a day in particular I reached overload. I was fighting pneumonia and back spasms. I needed to find a part time CNA job - fast, under supervision of an RN in order to keep my CNA certification current. (Caring 24/7 for my MIL didn’t count. ) My honey had health issues, we were both depressed to say the least and I know there was a list of other pressing issues that I don’t remember now.

My MIL was being combative when I was trying to change her and keep poop out of her pressure soar and off her hands. Task completed, I dropped to the floor next to her hospital bed sobbing and rocking. I was falling apart and didn’t think I could go on. I literally found myself wishing she would have a UTI or something so we could send her to the hospital and could get a break. She hadn’t made a single trip to the ER or hospital visit in the past 7 years. People always told us what excellent care we gave her. But here I am wishing her sick! if they only knew….

Two days later her pressure soar appeared infected… red streaks extending outward. By the end of that day (which is another crazy system broke story) we finally had her in the ER. The doctor said she wasn’t concerned about the pressure sore, wasn’t that bad, but that she had a raging UTI. They admitted her.


When we returned home from the hospital late that night, there was a phone message from our home health nurse. She wanted to know if my MIL got admitted and expressed how worried she was about ALL of us. Yes, this nurse was the saving grace in this whole fiasco… (the home health doctor was an ass… the other story.)

I decided to share this today after I read @jen ’s comment: “This is an incredibly dark thought, so please forgive me for it, but elder abuse is a huge problem in the US. How much of that is related to lack of support?”

My guess is lots of us have had dark thoughts. I know I did and then would feel incredibly guilty. In frustration that day I took my MIL’s hand and slapped the back of it a few times then put it back on the bedrail, raised my voice and said hold on here very angrily. I know I didn’t physically hurt her, but that was abuse. I’m sure she was frightened. I didn’t recognize the person that had just done that. I was frightened for her and me.

In retrospect, I know I did the best I could. I know I didn’t really want her to be sick. I just wanted a break and didn’t know how to get it.

So yes, I’m sure lack of support and resources probably leads to lots of elderly abuse. That is why this site is so valuable and the people who support each other here are such blessings. It takes courage to share our dark moments. Having a safe place to share and to scream in text and have someone else really KNOW what you are going through can go a long way. It can bring a big sigh of relief to read a simple comment that lets you know you are not alone and that others here really do relate.

Thank you, @Denise, for this place and all your support; your kind, insightful words; your practical suggestions and leads to resources. And thank you to all who share their frustrations, successes, wisdom and kind comments. Kudos!

Choose sanity! One of my mistakes is we didn't use outside help. SIL was getting 20 hours a week for a home health aid (my mom) recently upped to 40 hours a week ( which is still too little). I have help, my mom, my daughters and wer're all adults. 6 in total and we are ALL exhausted providing 24/7 care. I could not imagine being alone! @ Jean....that was NOT what I would consider abuse in the least, she had become like a small child. You don't beat a child, but something must get their attention and a hand tap is useful tool. That is ALL you did, was remind her she can't put her hand in poop. I did the same once to SIL because she was hallucinating there was fetuses in her comode and trying to grab poop! I tapped her hand, not hard but she stopped. I hadn't given it much thought until you mentioned it. UTI are hard to diagnose even in yourself! How can you notice a change in scent when there's poop and diapers? Non-issue...you did a wonderful job! You did your best! Second-guessing should be outlawed! You do the best you can with the information you have at hand, that's it. There are no do-overs and crying over spilt milk is a waste of time and energy. I know because I spent most of my life second guessing....and life is too short to waste valuable time and energy thinking over what you cannot change.

Every little bit helps, especially if you're already doing the work. I have a friend in CA caring for his father who said Social Security cuts him a check every month to do so. I looked into the same program, only to find out AZ is one of the few states that doesn't allow it. However, after more digging, I found out that once my mom is approved for AZ long-term disability, I can become a caregiver for the agency, and then receive some funds as an employee while caring for my mom. Not sure how that works. Really, if it comes down to choosing between getting paid, and having someone else come for a couple hours, I would take the help. Even if all they do is visit with her, it's enough to save my sanity. We shall see. I guess if it becomes a choice between paying bills and saving my sanity, I will kiss my sanity goodbye and wish it well wherever it wanders off to. lol It sounds like maybe what AZ does is along the lines of what you did. I didn't see a stipulation for having to have training, but I didn't get into the nitty gritty. That's light years ahead of where we are in the system now anyway.

<a href='http://www.caregiving.com/members/jen/' rel=\"nofollow\">@jen</a>, thanks for your comments_mysql. \r\n\r\nAs far a subconsciously knowing.... I was in too much in a fog. I didn't find caregiving. com until after my caree’s death. Oh if I knew then what I know now!\r\n\r\nAs far as being a CNA... here is the situation. I learned most everything before I was a \"certified CNA\". Both my mom and my MIL were RNs. I learned to make a hospital bed as a young kid (before the days of fitted sheets!) as well as vitals. I had helped with caregiving for my dad &amp; FIL and was guided by experienced mom nurses during those times. I learned a lot from our hospice aide and nurse. (My MIL got better and was discharged from Hospice after 2 years — she lived a couple more years after that.)\r\n\r\nAfter her Hospice discharge one day by chance I saw a line in her long-term care policy about “if individual or family member has appropriate license”…. Up until then we thought her coverage only included state certified AGENCIES. We didn't use agencies much because quite frankly, the aides that came were not very good and we didn’t feel safe leaving them alone in our house with her. Every time we got a good one, they would soon move on to better job. \r\n\r\nI researched and found if I got my CNA certification that I could get paid for what we were already doing 24/7. She had a small per diam benifit for in home care (which would cover a the cost of 2-3 hours for a home health aid from an agency.)\r\n \r\nSo I took a 3 week course (1 week classroom, 2 weeks clinical) to get the state certification. To keep your certification you only have to work one 8 hour paid shift under nurse supervision within a two year period. Other than the clinical and a 2 month weekend gig at an assisted living facility, I have no \"formal\" experience.... And the training…. well let’s say I know why there are so many “less than optimal aides” at least in this state. I did hear though that the state recently changed the test and beefed up requirements.\r\n\r\nSo for the last couple of years I got a small daily stipend — too bad we didn't realize that years earlier. Even though it wasn’t much money hourly, it added up to a nice safety net in savings for this current time as we try to get our financial footing again.

Wow. What an incredibly powerful story. I think it takes a lot of bravery to speak out about the challenges and thought patterns. Maybe there aren't more options because of the general silence on the topic. There's so much isolation. Really, I don't know what I would have done if I hadn't stumbled upon this site. Just knowing that other people have been there is helpful. \r\n\r\nHere's another random thought. If you are a CNA, as well as a familial caregiver, is it possible that your subconscious knew there was already a UTI? Perhaps you weren't so much wishing it... part of you already knew there was an issue? But, after seven years of continual labor and your own health concerns, nobody in their right mind could fault you for the thought regardless. Most normal jobs offer two weeks of vacation each year, and you only have to work five eight-hour shifts. Family caregivers go 24/7, often with no breaks at all. That's beyond extreme.\r\n\r\nAnyway, *hugs* to you and thank you for sharing.