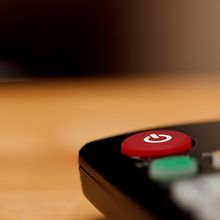 Yesterday (Saturday) morning, the nurse from Dad's assisted living facility called me to let me know she thinks he needs to go to the E.R. His primary care physician had come by to see him, and she was concerned about him becoming dehydrated, and his dementia was continuing to build. He's had difficulty keeping food down the past couple of days, and we haven't been able to figure out if it's a stomach bug or something more serious. The hospital is actually just 10 minutes from my house, in the opposite direction of his facility (which is 20 minutes away), so his nurse and I decided it made the most sense for them to transport him and for me to just meet them there. She would send medical records & such with him, and would tell him to bring his wallet. I changed into some comfortable clothes and grabbed a backpack to fill with a few things I might need: a phone charger, my POA papers, his DNR papers, a jacket, a bottle of water, a couple of granola bars, and a book that I have been attempting to read on and off for the past six months(!). I headed out the door and pulled into the hospital parking lot just as his ambulance pulled in. Perfect timing.

After a fairly reasonable wait and assessment in the E.R., they decided to admit him. Dad was unusually OK with this news, and he asked me to retrieve his wallet from his pants pocket. I stuck my hand into his pocket...which was filled with some sort of sticky goo. I pulled my hand out and discovered the goo was grape jelly...?! He then explained that at breakfast, he wanted to take some jelly back to his apartment but didn't have any way to transport it. So, while eating, he would occasionally slip a spoonful into the pocket of his jeans. This seemed perfectly reasonable to him, and I've learned to just roll with it, so I stuck my hand back into the pocket and retrieved the (extremely sticky) wallet. As I stood at the sink washing off his wallet and my hands, he directed me to get his "other wallet" out of the other pocket. Other wallet? Cautiously, I slipped my hand into the pocket and pulled out the remote control for the TV in his apartment! Well, at least it wasn't sticky. I suppressed a laugh and quickly took a picture of the remote with my cell phone so I could send a text to my brother (we keep each other sane, and he's not going to want to miss out on this one!). I slipped the remote into my purse and sat down to see what might happen next. Ah, this journey...

The rest of the afternoon was spent getting him moved into a room, providing information to his nurses and technicians, talking with the doctor, and keeping him occupied. At around 7:30 p.m., he was sound asleep and so I decided to go home.  At 9:30pm, one of the nurses called me. He was extremely upset and they could not get him calmed down, and he was becoming violent. Could I please come back, and is it okay to give him some sedation? Absolutely on both accounts. Back in August he had a two-week hospital stay and this happened nearly every night, so I was not surprised it was happening again, and I had warned them that it might happen. Last time, for whatever reason, whenever I walked into the room or sometimes simply talked to him on the phone, he would quickly calm down. I grabbed my backpack and headed out the door to the hospital. By the time I arrived, he was snoozing--I spoke to him and he responded groggily, and I noticed his body relax. A few minutes later he was in a deep sleep.

The nurses and technicians told me they needed to run several tests on him that evening so would unfortunately be "bugging" him every 30 to 45 minutes for the next few hours, which would most likely result in him getting angry again. So, I stayed until around 1:30 a.m. when they were done with their tests and he seemed sound asleep. Each time they woke him, he became agitated--disoriented and confused by the unfamiliar faces. When he would hear my voice or see me, he would immediately calm down. I would try to explain to him where he was and what was happening. I don't think he understood but he at least was compliant. On more than one occasion, the nurses and technicians would ask him questions, giving him choices--left arm or right arm, do you want to sit up or lie down, etc.--and each time, he would say, "I don't know, ask my daughter, I gave her control." So I did my best to make choices for him along the way.

This morning, I was not there when he woke up, and once again he became upset. He really gave the daytime tech (a very fit, young, large man) a workout. He kept trying to get out of bed and kept trying to pull out his IV. They finally got him calmed down by telling him he could talk to me on the phone. He seemed interested, so they called me. He sounded scared and groggy, unsure of where he was or what was happening. I reassured him that everything was fine and asked him if he would like me to come to see him (I was going anyway, so his answer didn't matter, I was just trying to give him some control). He said yes, so I told him I would be right there. I got there within 20 minutes and he was sound asleep again. The tech said as Dad hung up the phone after talking to me, he had said, "my daughter has the control, and everything is going to be fine" and he immediately fell asleep.

Dad dozed all afternoon. When I first got there, I tried a couple of times to wake him up--he would open his eyes about half way, respond to my voice, mumble a few things, squeeze my hand, and slip back off into dreamland. So I decided to just plop down in the recliner and read my book. Dad would stir every 30 minutes or so, mumbling and fidgeting. I would call out to him, touch his arm, rub his shoulder, hold his hand, kiss his cheek, and in return he would mumble something, relax and drift back to sleep. At one point this afternoon, I got up from the recliner and accidentally knocked over my purse. The remote control fell out and skidded across the floor. I had completely forgotten about it and so just seeing it made me laugh; however, as I picked it up, I made the connection:

He has given me control.

I feel funny saying this, but how lucky you are! You and your dad have such a wonderful bond.

yes, as Denise said, Wow... on so many levels. This post says so much... and the symbolism of the remote control! \n\nI thought of what a coworker once said to me when I was sharing an incident involving my mom's dementia. She said,\"Alzheimer's must be like being in a nightmare you can't waken from.\" It is great that your dad responds to you and has placed his trust in you. I understand the weight that goes along with that... You are doing such a super job and I'm glad you &amp; your brother can share in some comic relief.

Thank you for sharing this post. I hope it doesn't take long for the diagnostics to give you results that you can use. You're doing a great job being there for your Dad.

Wow, TBD. Just Wow. \n\nWhat a great blog post.\n\nPlease keep us posted as you can. We're thinking of you and your dad and wishing him a speedy recovery.