When Researching for Tomorrow, Pay for Today's Help

When Researching for Tomorrow, Pay for Today's Help 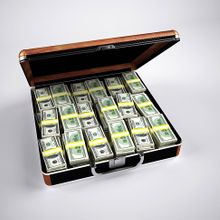 The New York Times reported yesterday that researchers have made a huge headway in the search for treatments and a cure for Alzheimer's disease ("Sharing of Data Leads to Progress on Alzheimer’s").  The progress can be traced to a collaboration between researchers from pharmaceutical companies and academia called Alzheimer’s Disease Neuroimaging Initiative (ADNI).

"The key to the Alzheimer’s project was an agreement as ambitious as its goal: not just to raise money, not just to do research on a vast scale, but also to share all the data, making every single finding public immediately, available to anyone with a computer anywhere in the world," writes reporter Gina Kolata.

I think we all can agree this is a wonderful win. Can you imagine if we could prevent, or at least, treat Alzheimer's?

Hidden within the win, though, lie two losses.

Apparently, ego drives research. At least that's what one researcher quoted in the article says:

"It was unbelievable,” said Dr. John Q. Trojanowski, an Alzheimer’s researcher at the University of Pennsylvania. “It’s not science the way most of us have practiced it in our careers. But we all realized that we would never get biomarkers unless all of us parked our egos and intellectual-property noses outside the door and agreed that all of our data would be public immediately.”

So, apparently, if your caree has the bad luck (it is Friday, the 13th) to suffer from another kind of disease, chances are efforts to find treatments and cures will be hampered by the egos of the researchers. Consider what happened with AIDS. American researchers fought with French researchers over who first detected the AIDS virus and who first developed a blood test to diagnose the disease. It's about winning rather than helping. While researchers battled to get credit, people died.

Why isn't all research based on an open source system, like the Alzheimer's initiative? Why do we allow researchers to recreate the wheel--over and over? Why do we fund more than one project which sets out to answer the same question? Why isn't any organization which receives government funds required to be a part of an initiative like the one for Alzheimer's disease?

I know, I know. When you get the win, you get the money. And, apparently, it's better to win cash than save lives.

ADNI received $70.4 million (including $41 from the The National Institute on Aging) for its first six years. It looks like it will have another $70 million for the next five years.

That's great for our future. But, what about today? What about helping those afflicted with Alzheimer's disease NOW?

About 10 years ago, I attended an international caregiving conference held in Florida. A colleague and I sat next to a delightful woman from Australia who worked with young adults in a caregiving role. She turned to my colleague and said: "You Americans love your research, don't you?"

In other words, why in the world don't you help those who need your help right now?

This week, I received a very nice invitation from Mid-East Area Agency on Aging Foundation in St. Louis to attend its Trivia Night fundraiser. The agency needs to raise funds to offset the $310,000 cut in funding to its Meals On Wheels program this year.

Last month, The New York Times reported that "since the start of the recession, at least 25 states and the District of Columbia have curtailed programs that include meal deliveries, housekeeping aid and assistance for family caregivers."

It's tough out there. Unless you're a researcher. So, I propose that 30% of all research dollars be automatically funneled to help today's family caregivers. In the case of ADNI, that means $21 million.

So, imagine what family caregivers could do with $21 million. What if 30,000 family caregivers received $700 for respite services? That $700 could cover about 45 hours of home care or 14 days of adult day services. That's a vacation for a family caregiver. What a difference that could make.

Of course, we could always research the difference $700 makes to family caregiver.

Give the $21 million to family caregivers and I'll do the research--free of charge.