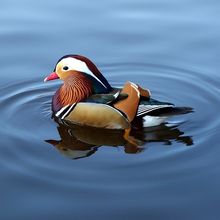 Recently I shared a couple of childhood memories of my parents (The Little Princess and Grandma's Reindeer) and another came to mind today. I have no idea why this one came to mind, but for some reason it popped-up! So, here you go!

Although my dad spent the bulk of his working years as a tow boat captain, for a few years he had the opportunity to step off of the boats and spend more time at home. Someone had offered him a job managing a large parcel of farmland (5,000+ acres), which involved hiring local farming labor and overseeing the upkeep of the property. In addition to corn and soybean fields, the property also had a significant amount of hunting land, made up mostly of woods and ponds. There was also a large equipment shed for tractors and tools, and a surprisingly nice hunting lodge that could comfortably sleep 10 to 12 people, with a large kitchen and huge great room, decorated with a giant elk head over the stone fireplace as well as several deer heads and mounted fish posed around the room. There was even a black bear rug on the floor in front of the fireplace. Quite a place! The owner lived several hours away and would only occasionally come to the property (usually on weekends during hunting season). Outside of that, Dad pretty much had this "playground" all to himself.

I was in fourth grade when Dad took this job, and I quickly became 100% Tomboy. He bought me a second-hand dirt bike, and I quickly made friends with the son of one of the farmers who worked the land. Wes was a year younger than me and also had a dirt bike. He and I spent nearly every day each summer and weekends during the school year riding our dirt bikes all over that property. We fished, we shot bottle rockets, we built tree houses, we searched for morel mushrooms and ginger root, we caught snakes. It was awesome. For the next three or four years, this was my life. While other girls were entering middle school with dreams of cheerleading and dance, reading Teen magazine and wearing pretty clothes and the latest hair styles, I was climbing trees and begging for new hip-waders. Through the fall and winter seasons each year, Dad took us hunting. Dad was fond of hunting quail, pheasants, ducks and geese. It's odd but whenever I think back to duck hunting, I can immediately SMELL it -- the smell of the cold, damp fresh air, the smell of our black Labrador, Blue, cold and wet and shivering next to me in the duck blind, eagerly waiting to do his work. The smell of gunpowder and Dad's cigarettes and coffee (Dad always had a thermos with him). The smell of Dad's old Jeep that was tricky to start and reeked of oil and grease. The memories are still so vivid.

One particular day, Dad took us duck hunting at a small L-shaped pond that was on the property. We had not hunted it previously but he had just finished constructing a blind on the "elbow" of this pond and he took us to it to try it out. The first bird we took down fell into the water to our far right, around the "L," and Blue was having a hard time finding it. Dad left the blind and waded out into the water with Blue to retrieve the bird. About the time they got to the middle of the pond, two pairs of mallards swooped through in front of our blind. Since Dad was to the right of us, we figured it was okay to shoot straight ahead, so we raised our shotguns. Just as Wes and I pulled our triggers, we heard Dad yell "Don't shoot!!" Well, it was too late. Although we were aiming away from Dad, several bb's ricocheted off the water and glanced back, splattering Dad. Not exactly the physics lesson that we wanted to learn but we certainly learned it that day!  We heard Dad yell a few choice words, then heard him pushing his way through the brush on his way back to the blind. When he stepped into the blind, we both immediately freaked out -- Dad was covered in blood!  A couple of bb's had hit Dad in the forehead and neck. In reality they barely penetrated his skin, but of course any cuts to these areas of the body bleed like crazy. His down-filled hunting jacket was also riddled with bb's, with white feathers exploding out of his jacket in multiple places. He was not happy with us at all, but when he saw how upset and scared we were, he quickly wiped himself clean to show us that he was okay. We checked Blue over multiple times to make sure he was okay - fortunately, he was perfectly fine! Having had enough excitement for one morning, we decided to wrap things up and call it a day.

We packed up and walked back to Dad's Jeep, and as we were loading up, Dad realized that neither of us knew how to drive. Sure, we knew how to drive the old pickup and grain truck that was on the farm but they both had automatic transmissions. The Jeep was a stick shift, was hard to start, and had a bad clutch. If Dad had been seriously injured, we would have had a major problem on our hands. We were several miles from the hunting lodge, which didn't have a phone, and several more miles from the nearest farm house or blacktop road. And of course this was long before cell phones were even dreamed of. So, he spent the rest of the day teaching us how to drive that old Jeep. The man must have had nerves of steel (or perhaps a bit of brandy in that coffee thermos. Years later I found out that was typically the case!) He had just been shot and now was going to spend a few hours teaching two crazy kids to drive??

When we got home that night, Mom asked about the blood on his shirt and the holes in his jacket. He just winked at me and said that it had been a really fun day, and left it at that. I still remember the bemused look on her face, wondering what on earth had happened, and knowing that at some point, the story would come out. Well, it certainly came out. As the years went on, Dad told this story every chance he could. When he was hospitalized last fall and then moved to rehab and then to assisted living, he would always introduce me as his daughter, "You know, the one who shot me." And it would make me laugh every time I saw the surprised looks on the faces staring at my 49-year-old self. I miss him, those looks, and those days.

What fun! Those years must have been incredible.

What a wonderful story. I have enjoyed your other stories too. My dad always liked to say I tried to run him down when he was teaching me how to drive. I didn't but he liked to tell it. My mom in the nursing home liked to tell everyone I was her baby. Yeah a 64 year old baby. Isn't it wonderful we have stories like yours and also mine. They are bittersweet memories.