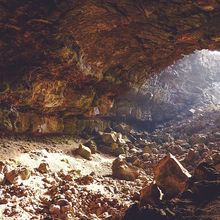 Last Friday, the 19th of June, I had a lunch date with my high school girlfriends. When it was my turn to tell what's been going on with me, of course I had to tell them that I have lost seven people close to me in two months time, but it had been a week since the last funeral and that was a good thing. I said to them that death is supposed to come in 3's not 6s or 7s!  We had a great visit and I came home.

Friday night I was on Facebook and I received a message from a friend of one of my nieces who lives in another town; she said, please call me and gave me the number. I knew at that moment that something wasn't right. I called Anna and she proceeded to tell me that my niece Shaddia had given birth to a baby girl that day and the previous day Shaddia's mother had died. Shaddia's mother, Irene, was married to my oldest nephew who died three years ago. This nephew, Forrest, was the oldest child of my sister Judy. Got that? It doesn't matter. Anyway, Irene's been sick for a number of years but that doesn't change the fact that she has three daughters, 25, 20 and 16 and three granddaughters, one being a newborn, the others are 1 and 6.

This happening brought me to contacting my oldest sister, by 12 years, who has been estranged from the family for a number of years. The last contact I had with her was just a few months ago when our aunt passed away. I've always tried to keep a connection to her because growing up I spent lots of time with her but mostly her kids. When my nephew Forrest was born I was 6 years old and when my niece Carla was born I was 12 years old. My sister was young, she worked at a waitress in whatever was the "hot spot" in town, she changed jobs quite frequently, she was always moving, never satisfied with place of employment or where she lived. When my nephew was about 7 years old she started leaving the kids home by themselves because she didn't have a free babysitter, except me of course. So, needless to say, the kids started spending more time with me and less time at their house. There was a man in my sister's life for awhile and he always came before the kids.

The story goes on but you get the picture. Everyone got totally fed up with my sister, including my dad, who said he had to disown her because what she was doing wasn't right. My nephew went to live with his other grandmother and my niece pretty much stayed with me all the time. My nephew ended up doing drugs at a very young age and was a full blown heroin addict by the time he was 14, was in prison at the age of 19, mostly for drugs, grand theft auto and skipping parole. Forrest was never the armed and dangerous type, he had a heart of gold but he remained a drug addict until his death at the age of 47. Forrest, along with my niece Carla, were responsible for teaching me unconditional love!

My niece lived with my sister until she turned 16, got a job and got out of the house. Neither Carla or Forrest had a relationship with their mother for many years. I wish I could tell a ton of stories but I'm sure you get the picture of dysfunction.

My sister moved to Johnstown, Pa., to get her life together, I guess, but while she was there my dad "acquired his Parkinson's disease and dementia." He used to ask me to call my sister so he could talk to her. I would call and she would tell me she didn't have anything to say to him and she wasn't talking to him. This was the same dad who bought her cars when she needed them, paid her bills the majority of the time and pretty much raised her kids. Needless to say, my dad passed away while we thought my sister was in Pennsylvania, she was actually much closer, 50 miles away but didn't think it was important to tell anyone. We tried for a week when my dad was dying but no one could reach her. Of course one week after his funeral she called me to say she was at the convalescent home and they told her my dad had died and why didn't anyone tell her. Talk about a day late and a dollar short. I told her we tried.

Since my dad died the only times I've talked to her have been when members of the family have died, I have always thought she should know. The problem is, it never works out because I always think I can have a decent conversation or relationship with her and everything goes to hell. It doesn't bother her but whenever it happens it bothers me. I have such an emotional connection to her, I guess, that every time I think things are going to be okay between us, I hit rock bottom. I don't know why I let her get to me. I don't know how to stay away from her. She hurts me more than anyone has ever hurt me in my life and it just sucks the life out of me. I wish I could take all the emails between her and I (we never speak on the phone) and have someone tell me what it is I'm doing wrong.

Actually, this time last year I hadn't seen her in 11 years. I knew she was in the area but I had no idea where. I went to see my favorite aunt in the hospital because she fell and broke her hip, I came out of the elevator, and there sits my sister, Judy, working in the hospital as an admitting clerk. We talked for a few minutes and I left, and cried like a baby all the way home. A couple of days later I went back to see my aunt, went by my sister's office, told her I would be there all day if she wanted to have lunch or something. She stood up, put her hand on her hip and told me she has to drive 45 minutes in traffic to get home and the last thing she wants to do is hang around there to have a meal with someone. I just said OKAY and walked away. That's how she treats me. Always! She calls me names like FAT BLOOD SUCKING LEECH, POOR PATHETIC LIAR. I mean the abuse goes on and on. Why can't I let it go? Why do I have to hit rock bottom every time to see she is no good for me?

I don't know where I was originally going with this story but I hit rock bottom again because of my sister and I'm on my way back up. I couldn't function for a few days, I know it was because of that 8th death but also because I allow my piece of shit sister to get to me.

If anyone has any suggestions for me how to cut the cord with her please feel free to let me know. Sorry this post is all over the place. Thank you for reading. Thank you in advance for the comments and thank you Denise for providing a place for me to get all this out of my system!

How painful, Lillie. I'm so sorry. I hope it helped to write the story and express what you feel.

I wish I could offer the wisest words to help you with your sister. Such a heartbreaking situation.\r\n\r\nI guess my best suggestions is this: \r\n\r\nKeep love for her in your heart. Keep your distance so you keep love in your heart.\r\n\r\nWishing you better days.\r\n\r\nThanks so much for all you do!!

Lillie, Wow!! I'm sure you've said the same thing yourself many times! I know exactly what you've been through and still going through. I had 2 sisters (one 12 yrs. older the other 9) my oldest sister died 12 yrs ago at the age of 57. My older sisters were always very close and I was my parents other child. After my sister died things went from bad to worse! I know she feels the wrong sister died! Saying that.... I still miss both of my sisters because I see all around me I see and know sisters that are close and love each other and mine could care less if I were alive. We miss the idea of that sisterly bond. I didn't mean to make this about me I just wanted to let you know I know what your going through! If I had the answer I'd for sure let you in on it. The only thing I've done for myself is to realize I have no control over what other people say or do! I had to leave her alone for my own sanity.

Lillie, I am so sorry that you have to continue to have these losses and then heartbreak with your sister. It isn't easy just to walk away from toxic folks. I could share sometime in person with you how I understand. Your heart is strong and we were all made for family relationships regardless of how your family members are reacting. I will certainly pray for peace as you work through these difficult days.

No need to apologize for your post being \"all over the place.\" That's how it is in your head and your heart, so naturally that's how it comes out in writing. There's certainly nothing tidy and orderly about dealing with strong emotions and emotional conflicts. I'm sorry that your sister's problems prevent her from seeing you for the wonderful person you are. But many others, including your friends here at Caregiving.com, appreciate you and what you do for them (us).