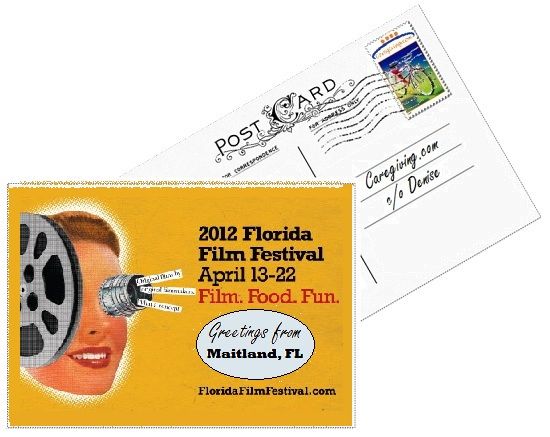 On Day 4 I wrote here about attending a caregiver conference in 2011. That conference had occurred in Maitland, just outside Orlando.

The conference returns to Maitland this year on January 31. Free to family caregivers, the one-day Fearless Caregiver Conference is organized by Caregiver.com, which holds one-day conferences across the country. (If you hear my tongue slip on a podcast and I say Caregiver instead of Caregiving dot com -- I know I've done it once (oops) -- this is why!)

I won't be going this year, but the conference I attended had been good validation for me. I kept asking people, "What am I missing?" and was told I was doing everything I could. I needed to hear that. :-)

This area was called Fumecheliga (Musk Mellon Place) by the Seminole nation. It took the name Maitland after Fort Maitland. Named after Captain William Seton Maitland, the fort had been built in 1838 during the Second Seminole War. The fort served as a rest stop between Fort Mellon (now Sanford) and Fort Gatlin (now Orlando). After the war the fort was torn down. 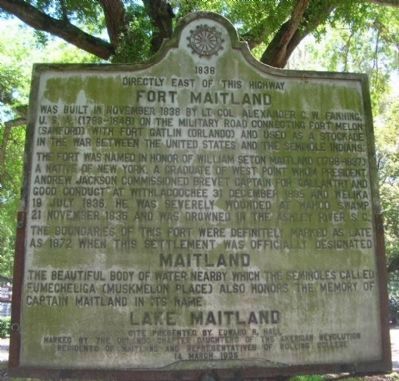 As my postcard shows, Maitland is home to the Florida Film Festival. The 10-day festival takes place in the Enzian Theater, Central Florida's only full-time independent movie theater. This April the festival will feature over 160 cutting-edge films, 100 visiting filmmakers, and plenty of special guests.

You can also find the Maitland Art Center here. The center is listed on the National Register of Historic Places for its unique Mayan Revival and Fantasy Architecture. Originally known as The Research Studio, the Maitland Art Center was initially established in 1937 as an art colony by owner and founder J. Andre Smith, who was a well known artist and architect.

The city has plenty of natural sights, too!

Or you could stroll around Lake Lily at Taste of Maitland: