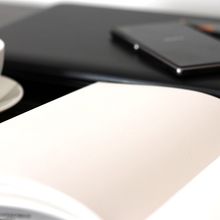 In the years following my husband’s horrific car accident, summers took on a familiar pattern. With my teaching load halved, I had more time to write. The pile of journals grew as Ron battled physical and emotional ailments and I found solace in the healing act of writing. Somewhere along the way—probably sitting in another emergency room —I’d allowed my daughter to read some of the entries. She looked at me with tears and said, “Mom, it’s a story you need to write.”

I tried to rise to the challenge. I plotted out story lines using Freytag’s pyramid, and imagined a perfect heroine to live our own version of a Greek tragedy. I wrote draft after draft, crumbling them all into balls and bouncing them to the cat.

But try as I might, the events of the last 14 years refused to be molded into anyone’s pyramid.  Because, of course, they were not fiction. It was real, it was raw, it was my life. I went back to the research of James Pennebaker, professor at the University of Texas, and realized that writing about my own scars was only half of the healing process. The other half—the half that could help others to heal as well—lay in opening the wounds. I thought of Alice Sebold, who needed to write the true story of her own brutal rape in Lucky before she could create Lovely Bones. I spoke with Ron’s therapist who assured me that the universality of pain could help others through my writing. Still, I dragged my feet.

It struck me very suddenly, sitting on my back deck one early July morning. God was calling me to write. After Ron’s accident, Dr. Huffman had occasionally asked me to speak with the wife or husband of another accident victim, to let them know that life would go on. Who better, she said, than one who had survived. So I plunged in, pulling out whole sections from my journal and posting them on my blog.

People responded. They wanted to hear more. I plunged in even further. If only one person could be helped, I told myself, if just one other woman could see that a changed life was still a valuable life, it would be worth the work. I spent a year culling through the journals, adding poems and Bible verses. I kept blogging. And in June of 2015, Crazy: A Diary was born.

Writing it had been hard, harder than writing my doctoral dissertation. It had required me to open up old wounds and bleed onto pages. I had published it with little fanfare and it reached a limited audience.

But it reached who it needed to reach. One night, about six months after Crazy was out, an unknown reader from another part of the country e-mailed me. This is what she said:

“Your book saved my life. I was about to give up, but I think now that I can go on. Thank you.”