0
Relatively speaking, Monday's follow-up MRI was a breeze, for which I am very thankful. We do not have a report yet, but the procedure and the travel both went well.

Last year my partner had been in some distress (as reported in this entry). Among other things, she had trouble remaining still and had been cold, a detail she hadn't remembered.

I made a mental note to ask the staff to provide extra blankets up front, which they did. I also packed a couple of blankets from home in the car trunk. We didn't need them.

During the drive my partner sat in the back seat, where she could move more if she wanted to. She also wanted her own copy of my driving directions, so I printed out an extra set. (My version of GPS is to get and transfer directions from Mapquest, print out a sheet with 18-point type, and duct-tape the sheet to the dashboard.)

She also spotted a hawk and five large birds (she hopes they were whooping cranes), which added to the quality of the drive. :-) I was busy watching the road, but I would get my own treat later on.

We had a 60% chance of thunderstorms all along our 75-mile route, but our drive down remained dry. Despite a couple of delays, we arrived seven minutes before our appointment and didn't have to wait long before we were taken back to the MRI.

I sit in the MRI room to monitor, convey anything my partner can't, and interject when necessary. We had a different technician this year than last, and I thought she did more of a walk-through, including telling my partner things like, "The table might vibrate a little." My partner yelled (mainly a startle response) when the needle was inserted for the contrast medium, so I asked her if she wanted to know when an injection was about to occur (especially since she couldn't move her head to look). She asked for a couple of seconds lead time, which was done for the rest of the transfer, including when the needle was withdrawn. So asking for advance warning is now part of our repertoire. I've also made a note to see if the next MRI (presumably a year from now) can be scheduled with the same technician.

Later, when I mentioned to my partner that I thought the technician this year had done more walk-through, my partner said, "I spelled her name right," and concluded that this had relaxed the technician more. :-)

The technician couldn't answer my partner's question of whether the contrast medium created the Dawson's fingers in her brain. (I suspect the answer is "no.")

My partner was much less fidgety this time, but her right foot twitched intermittently. She doesn't know if that's from restless leg syndrome or something else, but it's something I can bring up with the neuro.

The sky had grown very dark by the time the MRI was done. Torrential rain, thunder, and lightning moved in before we left -- enough to knock out the TV playing in the waiting room. We were a short drive from a Panera and waited out the rest of the storm there. Except for a few spurts of drizzle, our drive back home was dry. Unlike last year, we made it home before nightfall.

We also found a couple of good rest stops along our route. My partner tried to use a Travel John (described in this entry) in the car while we were parked, but felt too exposed. Fortunately, a bathroom was nearby. During that stop, a beautiful male cardinal made a brief perch on my side mirror -- way too brief for me to even think of trying to photograph him. But we were eye to eye for a second or two before he flew away.

We've got the CD of images but no interpretation yet. To be continued... 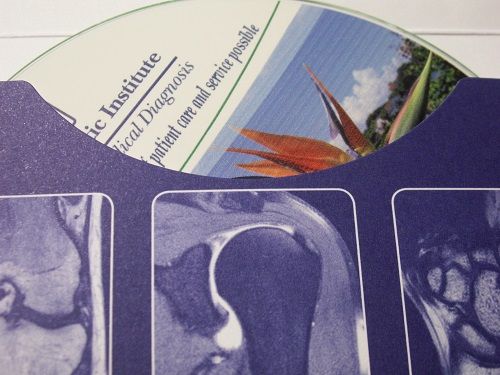 Thanks, all! :D\r\nCall from the neuro's office: There's \"no significant change\" in the MRI results, which is good news! They will mail us the write-up.\r\n\r\nNext up: blood work.

I'm so glad all went well. These appointments show how far you've both come in the past year, which must feel sooooo good to you. I love how you advocate for what makes your partner comfortable, adjusting and tweaking as the needs change.\r\n\r\nI love your GPS system. The wonder of duct tape, a technological advance which remains timeless. :)