So, This Is Why I'm Here

So, This Is Why I'm Here

0
(Editor's Note: Today we welcome @Mamadanz, who cares for her husband and her daughter, to our blogging team.)

I finally reached the proverbial "end of my rope" the other day with my husband, who is my caree.

I want to limit my venting to my adult children because this is their father, and I want their thoughts and memories of him to be as positive as possible. I don't want to sour them on the institution of marriage or on love or make them feel that "love" is a burden.

But I need to let my feelings out and vent/cry/whatever in order to feel...something.

My husband and I knew each other through our church. While he was/is a few years older than I am, we were both in the Youth Group. Because he was older, we had little in common . But one time, years later ( when I was in college) he asked me out on a date and the rest (they say) is history. We married about 18 months later in front of family and many, many friends. Five years later, we bought a home and started our own family.

In the mid-1970's he had a job through a good friend. Trouble was, the good friend had enemies in the company who couldn't get to him, so went after my husband. It was a dirty deal (when the details finally came out) but because of what they did my husband developed agoraphobia - the fear of going places. He was let go from that job but offered his position back when the truth all came out. He declined and got a "better" job more in his field - warehousing. When the manager left the company, my husband got the manager's role. But the district manager started stressing him out and three days after our first child was born, my husband was told he could quit or he would be fired for "misappropriation of funds". He quit. Again, months later, the truth came out as the district manager and former manager were indicted on multiple charges. My husband was "clean" and then offered his post back, which he declined. A few months later, he got a new job and was there until he had to leave because of his health.

In the late 90's that company was opening a new facility in upstate NY and the bosses kept asking my husband if he would be willing to relocate. With the agoraphobia, he couldn't even think of going that far and so the stress began. Soon, he had a full-fledged nervous breakdown. He was little but a quivering lump of jelly on our living room floor.

That put me in action mode.

I found a doctor who would make house calls and he came, examined my husband, prescribed meds and got him in touch with mental health professionals. It was a slow road but together we got him functioning and back to work (locally) within a few months.

Things seemed to be moving well for us. He did have anger flares (one particularly bad one had him throwing a sandwich at me) and I made sure his healthcare team knew. And I made sure there was nothing physical going on and everyone was safe.

In Mid-November of 2001, he came home from work on a Friday and complained about difficulty breathing/shortness of breath. Now, I should backtrack just a bit. We are located in the shadow of NYC and his company--a medical supply company--was very involved in the after-events of 9/11, sending supplies to both the city and Pennsylvania for the hoped-for survivors and more. They also received several suspicious packages after 9/11 so we were all "on guard". When he told me about the issues breathing, I thought he might have been exposed to anthrax (since that was the current mailing/packaging threat) and urged him to go to his doctor, which he did. I didn't think much of it and went to my job--coaching at a local high school.

An hour into my practice, my oldest daughter came to practice and told me she would finish my practice but I had to go IMMEDIATELY and take my husband to the ER, doctor's orders. So I went.

My brilliant husband had not gone directly to the ER as instructed by the doctor but came home and waited for me. I was furious but realized something was up when he "let" me drive (something he NEVER did). We got to the ER; they triaged him and got him in acute care.

Now--you must understand--my husband has a tendency to be engaging with women. He puts on the charm and is just great. So he was this way in the ER, smiling at the nurses and engaging them in conversation and even flirting. I sat there kind of fuming and thinking of my high school reunion that was happening at that very hour.

As the hours progressed, the thought went from "he'll go home tonight" to "ooh, this is looking more serious" to suddenly nitro patches and pills, diuretics and more. They threw around the term Congestive Heart Failure. Now, it was scary. Thankfully, my mom was home with the kids (who at this time were between the ages of 8 and 21).

By 1 a.m., they got him in a room and I went home. For the next week they did testing and more. And each day, they found a new problem or diagnosis. By the day before Thanksgiving he had been diagnosed with type 2 diabetes (and doctors were thinking he had had it for about 10 years undiagnosed) and they were talking about a heart transplant because they didn't think there was enough viable heart tissue to withstand any repairative surgery. The holiday was a complete blur to me and, I'm sure, to our kids, my mom and his mom.

Finally, one additional test early the following week proved he had enough viable heart tissue and they scheduled him for bypass surgery. The next morning, I went to the hospital at 4:30 a.m., praying in the middle of the street for the strength to walk into his room and send him to surgery as well as praying for God's will to be done and the grace to accept that will if it was not the same as my own. The absolute hardest prayer I ever prayed to that point in my life. 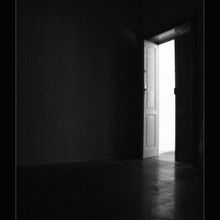 Thank you all for the warm welcoming words. They are the warm fuzzies I need.

Thank you for sharing your story. I hope you find the support you're looking for here and that this is a safe place for your thoughts and feelings.

Oh my. Thank you for taking this time and sharing your thoughts and story. We're here collectively and individually to stand by you.

Hi, Mamadanz and welcome! I enjoyed reading your story - waiting for part 2 now. It's shocking how suddenly life can change. I've prayed the same prayer, but full of resistance. . . What is your practice that you referred to?

Welcome, pleased to meet you and hear your story. I hope, as I did, you find the comfort you need here.