0
Mid-January 2006 we were back in the hospital. The doctors decided there was no waiting--another bypass had to be done. He was scheduled for surgery. Before surgery, the surgeon (who had done his first bypass and his mother's bypass) decided to do an ultrasound of the carotids "just to be safe". As my husband was antsy for surgery, there were delays. And more delays. His patience was wearing thin.

Finally, the surgeon came into his room and said, "No surgery today. Your carotids are completed blocked. We must clean them first." Another surgeon came in to consult and everything was rescheduled for the next day.

Bright and early the next morning, I again prayed as I walked into the hospital. This time, when they took him down, I felt terribly alone. I visited the chapel and felt some peace but I was still nervous. After about four to five hours, the first surgeon came to me to say her part of surgery (the carotid cleaning) went well. As they were closing the carotid up, the bypass procedure was started.

Friends came to visit me in the waiting room and saw how worn I was. I had been sleeping on and off on the couch using my coat as a pillow. They worried so much about me that they returned in the evening to make sure I was fine.

Finally, after another four hours or so, the main surgeon came to me to tell me all went well. He was nervous after my mother-in-law's stroke and that was why he ordered the ultrasound on my husband. He was glad that he did because he felt the way my husband's carotids were, he might not have survived the bypass surgery at all or had a severe stroke. I was grateful for his honesty as well as his skill.

Recovery this time around was much harder on my husband. He was in the post-op area longer than the first time around. There were concerns with his ability to breathe but he finally came around.

Once back to a regular cardiac room, though, I started to notice changes, mostly in personality. More than once he would yell at me and I would walk out of the room and go someplace else in the hospital in hopes he would calm down and be himself.

But life was now changed for all of us. He would no longer be able to work; permanent disability was now his life. The personality changes I noticed in the hospital post-surgery would continue and even grow.

Our children were still young--the oldest 26 and the youngest 12. While the oldest would move out within a few months, the rest were still living home. They learned to "walk on eggs," never knowing what or who would set their dad off.

The most "annoying" trait he had would be that outside of our family members my husband would be absolutely charming and sweet to others. He would also "do" things--help at church, do for others--while at home he would sit and moan about what he couldn't do.

And now (present day) after more and more hospital visits and more surgeries, here we are. His complaints grow daily--complaints about his health, no money, things that need to be done and more. He also has been exhibiting signs of the early stages of dementia. The diabetes that he doesn't take care of is literally eating him up. Neuropathy causes him pain all the time and I'm sure retinopathy is what is causing his failing eyesight.

I know he's frustrated. He'll try to fix things and instead make them worse (and thus more costly). He can't see well enough to do things he would like. And money is so very tight so he blames that on other things he "can't" do. He can't remember simple things and when he tries to talk "nicely" to any of our companion animals they think they've done something wrong because his tone and body language is all aggressive and "mean".

Our relationship is strained to say the least, as is his relationship with some of our children. Most of the kids either are seldom home or in their rooms. The youngest is around him the most and she gets most of his foul comments and moods. As the youngest, though, she takes no guff from anyone and she bites back. I try to explain to all of them that the man they see now is not the father that he once was, that the disease process has changed him. Sometimes they understand, at least I think they do.....

For me, I mourn the loss of my husband, even though he is still alive and living in our home. I have no real partner in life anymore. I can't talk with him because he can't focus long enough to hear what I say. I have to also be careful about what I say because at any given moment (and without warning) he might interpret what I say as "yelling" at him or being critical of him or anything else negative. A simple comment of "where is my teacup" is enough to have him storming that I am accusing him of any number of things.

My children and my companion animals are mostly what keep me strong and sane (although some would question my sanity). Also, my handwork (knitting and mostly crochet) as well as come volunteer work help to keep me focused and less stressed.

So I am here to find some "sanity". To find some camaraderie. To hear others say they've been there--or are there--and truly DO understand where I'm at. To have someone share that they have some of the same feelings I have. To know I'm not really a "bad" person and to know the feelings I sometimes have are "normal". To know others may also feel alone and would seek companionship, friendship and more.

So this is why I'm here. 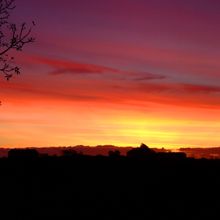 This is a definitely a place where you are free to complain and let out all your worst feelings without being judged as a bad person/caregiver. Definitely! What you describe sounds really really hard.

I'm so glad you found this website, and know you are definitely not alone. No one would ever chose to walk your walk, but you are doing it with strength and grace. We're here to help you do it with company. There's not too much you could say that would shock us, only sadden our hearts because you have to endure it. Thank you for all the effort you took in writing out your story. It takes alot to do that. Sometimes in the writing you can learn things about yourself. But always you will know you're not judged or declared bad for anything you think or feel.

We all know about for \"better and for worse.\" It's just a much different playing field when \"worse\" is literally the worst. It takes a whole another level of stamina, patience, faith and hope.\r\n\r\nI'm so glad you are here and sharing your story with us. I think it's such a wonderful gift we receive when another gives us their story. Thank you for that. \r\n\r\nSometimes we're a bit crazy but I think that's how we keep our sanity. :)