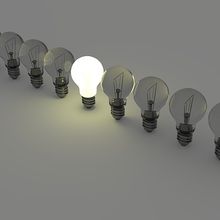 Random thoughts about random things, in no particular order.

Every time I get up to walk anywhere in this darn house three cats are just ahead of me. They slow down, often sit down and I give them what for and they don't care. They look at me with that what's your problem look and grudgingly move out of the way.

They thread in and out around my legs causing me to about lose my religion. I think they wear ear plugs because if they heard what I was calling them they would be heading for the cat police.

I bought a wireless headset for the TV. My husband watches movies that I just don't care to hear. I don't have to look at the screen but I have not been able to get away from the sound and it is always war or someone fighting someone or cursing and fighting. I was staying back in my room all the time and I got tired of it. So, I bought the headset and he immediately declared that he would not wear it and I said that I would not stay in the room with him and he shrugged his shoulders as if to indicate that he didn't care so I let him know that I was disappointed in him. That took him off guard because he thought I was angry. I said, no, I am disappointed because you shrug off the idea that I have to stay back in my room when you could use a headset and I could be in here with you. I could be cleaning the kitchen or reading or whatever. So, he watched reasonable movies for a couple of days and finally had to watch a vampire movie and...he used the wireless headset. This is what love looks like in our house now.

Talking about weight gain...oh, I thought I heard someone say something about weight gain. I have gained a lot of weight in the past three years or so. My self-esteem is in low cotton as a result. I don't know about you but when my self-esteem is low and I feel defeated by my weight gain I tend to dress down and not wear make-up. I look in the mirror and all I see is a fat face and beady eyes looking back at me. I am cruel to myself about this weight gain but I don't seem to be able to get a handle on eating properly or exercising. Did I just say I am cruel to myself? That may be part of the problem. Cruel is a huge word. A big, significant word. If anyone else was cruel to me I would feel defeated and want to hide. Looking at myself from that perspective I have to ask myself why I would be cruel to myself? This is an area I need to talk through with someone who has found a way out of self-loathing. This random thought stuff caught up with me on this issue. Yikes!

The house is so quiet. Fans are running at full speed, cats are camped out near me. Except for Max. Max is tolerating being inside for the night. He is on the floor with his back to me. He gets up when I get up and heads for the door mewing a loud, plaintive meow. I have told him umpteen times that he is not going out again tonight. He is independent. He and my daughter are cut out of the same cloth. Independent and detached.

Before I go, I am so freaking sad and full of sorrow. No matter what I do or how I do it nothing change the fact that Robert has FTD and that he is fading away a bit at a time. I am often overwhelmed by the "what if's"and by the constancy of caregiving. Caregiving has a presence that holds to me even in the best of moments. But, I think I am far more wrapped up in the difficulty and the impact than Robert seems to be now. He says he knows the deal and has accepted it. If he spends much time dwelling on it I don't know it. He watches t.v. or sleeps. He says he is content in his world at the moment. He doesn't feel well but, if I did not ask him I don't think he would bring it up. Maybe the gracious part of having a brain related disease is that the caree often does not relate to the constant changes or the impact of caregiving. It is one more area where I find that odd feeling of lonliness. The lonliness of being with someone and without them at the same time. Know what I mean?

Some of my favorite things: the hoot of an owl in the dark of night, the smell of the wind blowing in off of the sea, pants that fit, time spent with my youngest grandson, the sounds of our home when the t.v. is off and the animals are asleep, a good read, praising God at church worship, putting a quarter in the bubble gum machine and having a big, pink ball of bubble gum fall out. fireflies at twilight. birds skimming over the ocean waves in the early morning. and so much more, so very much more.

Totally understand every single thing you've said. There are six cats here - one that stays in my mother's room and will not come out even for treats - so yes the feline people tripping things is SO annoying. The weight gain. OMG. No time to exercise anyway and food is the only real comfort left. What's a hug? I need that headset so I could watch stuff on my computer. No way Mom would wear them. Thanks for your support to me these last months. Prayers for you

Lark, I hear that loneliness is huge...you aren't able to enter into your husband's life at this point and that is the result of FTD. I like that you enjoy worshiping God and ocean sounds...that's my kind of place too. I will be praying for your heart as it seeks relationship and peace. (((HUGS)))

thank you for sharing Lark! I love your words!