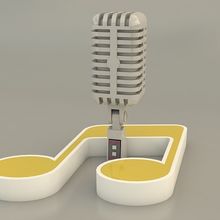 My father’s 87th birthday is two weeks away. What kind of birthday present do you buy for an 87-year-old man? I believe perhaps my gift is the best one ever. He gets pretty much all my available time. The caregiving years have made me realize just exactly how valuable my time really is.

My father’s issues with vascular dementia have gotten so bad over the past year that he really isn’t able to even hold a simple, superficial conversation most of the time. When myself or anybody else attempts to converse with him, it often turns into some sort of confrontation in his mind where he feels he needs to “defend himself.” A simple “Hello, how is your day?” could be enough to send him into a fit of rage that lasts for hours. It is almost like the experience of trying to console a fussy baby, except my dad is 240-lbs of fall risk. The behavior consists of screamimg and yelling at the top of his lungs. The screaming and yelling includes a stream of profanities that may even make a sailor blush. This was not typical behavior for him in his younger years. He was a very calm, loving spirit whom I admired greatly.

However, nowadays these fits of rage have become his status quo. During these episodes, his blood pressure and heart rate get up into the danger zone. Keeping him calm is not an easy task because what may have worked yesterday doesn’t seem to work today. In addition, my 86 year old mother (who also suffers from dementia) tends to be a trigger to his behavior.

In spite of the challenges, there is still one thing that makes him happy: Listening to music. With this in mind, I found an adult daycare program where they have karaoke every Wednesday afternoon. I signed him up to go every Wednesday. Although he doesn’t sing, he says that he enjoys the karaoke songs even if the performer is not a good singer. I pay special attention to how much happier my father is for several hours after his afternoon of karaoke. The only problem is that by the next morning he has rewritten his happy afternoon of karaoke into a story of having been abandoned and left at some strange place all by himself.

At home I play a Classic Country music station I have created on Pandora Radio. I try to talk to him about the music as he is listening and reminisce on what the songs mean. He will reflect on the first time he heard the song, or he may talk about his opinion of the person performing the song. This usually will lead the conversation into a safe zone.

There are certainly a lot of quotes about music but I think in this case my favorite is by Hans Christian Anderson: Where words fail, music speaks.

You, my dear, are an awesome caregiver for your father. Bravo!

Annamaria, thank you for sharing. I so agree that this journey has made me rethink the value and importance of meaningful time. I am sorry for the rage your father experiences. That has to be so difficult for all. These diseases rob our carees of their memories and personalities, but the love is always deep inside. Music is such a great way to see the love and bring peace to our carees. I can put certain songs on that mom and dad used to dance to and I can see her transformed in her mind to that time. You are a loving and caring daughter and a heart-filled person. Thank you for sharing and being here.