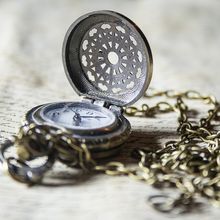 Went to visit Dad today at his assisted living facility. On the phone this morning, I told him that I would come by at around 3:30 this afternoon, after Maddie’s (my teen daughter) softball practice. He called me at 1:30 just to confirm. I smiled when my cell phone rang and I saw it was him, as I knew that was why he was calling. I know these days are numbered, so it makes my day to know that my visiting him means so much to him. “Yes, Dad, I will be coming by around 3:30. And guess what, Maddie and Tim (my husband) are also coming.” He  was even more excited that all three of us were coming to spend some time with him. I am so glad I moved him here.

We walked into his apartment at about 3:25. He looked up, smiled at us, nodded toward the large wall clock and asked if we had gotten lost. Confused, I looked at the clock and saw that it read 4:25. Ah, last night was “Fall Back” and he must have forgotten to change his clock. I gave him a hug and then explained to him that we set the clocks back last night and that his was an hour off. As I took the clock off the wall and started to adjust the time, he asked me what I was talking about. I mentioned Daylight Savings Time again, and he had no idea what I was talking about. I made several comments in an attempt to trigger a memory (“Spring Forward, Fall Back,” etc.), but nothing was connecting. He honestly had no idea why we would change the clocks by an hour. I finally pretended to change the battery in the clock, told him that was why the clock was off, and hung it back on the wall. He was satisfied with my nonsensical answer, and I quickly changed topics so he wouldn't dwell on it.

That is the first time I’ve witnessed him completely forget something that he has experienced his entire life. While he has shown some sporadic short-term memory loss, until now his long-term memory has remained completely intact. Definitely a new milestone.

As Dad and I talked, our conversation jumped from one topic to the next, many times taking sharp left turns and then somehow ending up back on the original topic. I glanced at my husband and my daughter as they watched with amazement as Dad and I comfortably navigated our scattered conversation. This was their first time to experience Dad with dementia, and they sat there with wide eyes, unsure of how to join in this new game that was playing out in front of them. I have tried to explain it to them, sharing the same stories that I have shared here (and many more), but as you know, until you see it first-hand, you just don’t quite “get it.”

We visited with Dad for about 45 minutes and then headed out so he could rest before dinner. As we got in the car to go home, my husband looked at me and asked “So, was that normal?”

Normal? I don’t even know how to answer that…

It is an odd place to be, when you become the cell wall through which everything filters in and out, like osmosis, to and from your Dad. It's like being a translator of a foreign language that sometimes you don't even know yourself. It feels like a giant responsibility. I'm glad your husband and daughter have experienced what you experience, and you can keep talking to them about it.

Oh, the \"normal\" and dementia... you're right. What is that. It's a moving target. I feel for you as you navigate the ebbs and flows of dementia. I think back to those days of the in-and-out of that fog… it was certainly a difficult time for us as my mom and MIL both went that route. It was emotionally gut wrenching as I witnessed the decline, and mentally challenging to figure out what was going on and how to best respond.\n\nI remember how frustrated I would get with my sisters when they would say to Mom, \"no, don't you remember\" when obviously she didn't and couldn't for some time. You are doing so well at managing your dad's ins and outs and treating him with dignity. Kudos.