According to the reading I've been doing on corticobasal syndrome, etc. sensation is muted - so feeling cold at all and especially in your toes is probably not going to happen. Her feet were very cold yesterday. So today I got her new slippers - booty variety - and have been making her wear a sweater. Yesterday she fought me on the sweater, today not so much - probably felt good to have the sweater on not that she'll admit it. The slippers were accepted too. Nice solid treads.

And yet, today she fell. I was in the kitchen so I heard it instead of witnessed it. I came around the corner and she was on her back on the floor. Apparently she tried to get out of the chair and near as I can figure her feet went out from under her. So I will be talking to the physical therapist about a walker. I had originally thought a cane - which would be better for the stairs into and out of the house - but a walker would be more stable in helping her up out of the chair. Did not hit her head, no bruising on her back or butt, small new bruise on her shin (can't quite figure that part out). Says she's fine. Not that I believe her. We have hardwood floors which are cold, no rugs (doc seems to like that - I would rather have rugs down for the winter but oh well) but we also have crumbs and cat hair on the floor which could contribute to slips no matter how often I sweep up.

I am at my wit's end. I can't be home 24/7. I have to work. I can't keep adding hours to the caregiver's schedule ($$) and she can't stay after 2:00 p.m. because she has kids to pick up. Two different caregivers in one day isn't going to go over well with Mom either, assuming I could even split shift the day somehow.

RANT ALERT: The info I received on the fall-back place I would like to place her when the time comes (assuming the one being built a few blocks from her decides not to accept Medicaid) is over $8k a month PLUS daily fees dependant on level of care needed. I will NEVER understand why it is assumed that elderly people have that kinds of money. I know what these places pay the staff (worked in HR as a consultant had this same place as a client) and holy crap the profit they have to be making! I would hope to have her money last more than a month for crying out loud, not there it wouldn't. Yikes!

We now return you to your regularly scheduled post and the events of today...

I mentioned to her tonight that we need to do her exercises and the next thing I know off she goes to bed. The exercises are important for balance. She isn't a fan of doing them at home but has fun at the PT appointments. She won't do them with the caregiver - and honestly that girl hasn't been trained in this technique (trust me, the girl couldn't figure the thickening powder and telling me she'd done that before! so that might not be a bad thing. I thought I would video capture the process but if Mom won't do them.... This much I do know, once she ends up in a wheelchair she can't stay in the house with me any more. This place was built in 1953 the doorframes are in no way wide enough to accommodate a chair.

Oh and then! If you have been following along you may have read that yesterday afternoon she started showing signs of a UTI. Going to the bathroom every ten minutes or so. But doesn't go. Confirms that it hurts. So I think UTI. This morning she gets up and has no problems with a long stream. So I ask again. Now she says it wasn't about urinating it was a bowel movement - which she later has in a very messy fashion. Hasn't had any urgent bathroom trips at all today.

So tomorrow I am calling the GP and seeing what to do next. We could do the test for a UTI - might explain the bedwetting incidents, might not. I just don't know. Could stress her out even more.

I do know that there has been nothing relaxing about this weekend. Nothing. At all. Not even a little bit. And I will probably have to take more time off of work to get her to the GP, who isn't in town but rather a good 25 minutes out, so there's an hour and a half off work that I then have to make up by working through lunch. As I probably mentioned before - that completely sucks because I need the downtime at lunch. 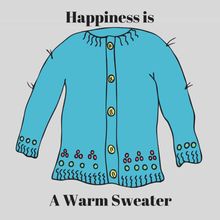 I totally join in with you on the rant part, can't understand who would have that much a month to be able to pay for those places!!! May you find some peace as you go through this day, so glad you can rant it out here!! Thanks for sharing CatKborn, I look forward to your blogs!