Take a Breath, and Laugh

Take a Breath, and Laugh 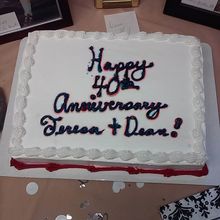 Tonight I feel such an array of emotions, I hardly know where to begin. Last week my husband (who has dementia from a brain injury) was told by his lung doctor that he needed to use portable oxygen now, in addition to oxygen with his C-PAP at night. They will be running some other tests on him in the next couple of weeks.

Keep in mind that I'm already on oxygen myself for a restrictive lung condition, so I'm also using it with activity. Tonight when we went to our monthly brain injury support group, Dean agreed to take his portable O2 tank.

But when we got to the meeting, he said he would make two trips, going up several stairs on the way. One to carry the sodas we were bringing, and then he'd come back to get his oxygen tank. Of course, this totally defeated the purpose of bringing the tank, and I tried to tell him that. But he wouldn't listen. Then when he came back from the car the second time, he carried his oxygen, but wasn't wearing the cannula!

As if that wasn't bad enough, when we left the meeting, he insisted that I carry his oxygen along with my own, and so he didn't wear any oxygen again on the way to the car! And I was having to carry double!!!

By this time, I didn't know whether to cry, scream or just crumble into a defeated heap of frustration. But as I write this post, I feel another emotion creeping in... Laughter. I must remember to find the humor. It's the only way I've made it through the last forty years.

Teresa, how frustrating. Maybe as he uses the oxygen more, he'll become accustomed to it and it'll become easier for you. That's amazing you got to the meeting. I hope the benefits made it worth the effort. That's so neat you began to find the humor by the end of your post. Writing is transformative. You've got a good sense of humor that will see you through. Hope it's easier going next time.