Tell Us: Is Caregiving a Blessing or Burden?

Tell Us: Is Caregiving a Blessing or Burden? 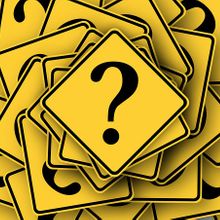 Liz O'Donnell, author of Mogul, Mom & Maid: The Balancing Act of the Modern Woman, recently interviewed me for an article which will appear on her website, WorkingDaughter.com, on Tuesday.


Liz asked me 15 questions, ending with this one: Caregiving: a blessing or a burden?

I'd love to know what your thoughts about the question. Share your answer to the question--is caregiving a blessing or a burden--in our comments section, below.

Caregiving has been an incredible burden. No one in my family ever talked about or made plans to make caring for them easier to manage. Having both my parents in the hospital for 6 weeks in 2009 was incredibly stressful, and dealing with my mother's worsening dementia since that time has been a nightmare. \r\n\r\nIf my aunt had taken care of her estate planning as we begged her to do for the past 8 years, then when she died suddenly last June it would've been hard, but not this hard. No health care proxy, so she suffered in the ICU for a week before they gave me the power to take her off life support. Also, she never made any plans for her elderly schizophrenic son who lived with her, so we had to scramble to find a place for him to live (and to pay for it until his SSI came through) so he wouldn't burn down the house when he stubbed out his cigarettes on the wooden floor. He didn't want to go down two floors to use the bathroom in the basement, so we had the dubious honor of cleaning up the many, many jars of urine in his bedroom.\r\n\r\nAnd my aunt's house. Put into a Special Needs Trust just under the wire--had to be done before his 65th birthday in October. We're still cleaning out the house (my aunt was a hoarder par excellence) and had to do major plumbing repairs during the Christmas holidays. But at least we can spend more than 20 minutes in the now virtually vermin-free house without using masks and goggles--mostly.\r\n\r\nI still don't have access to my aunt's money, so we've paid out over $30K for her and her son's expenses.\r\n\r\nThere is no blessing in this situation. The reason I've taken on this caregiving is because it is in keeping with my sense of responsibility and integrity. I really loved my aunt, but have cursed her nearly every day since she died because of the pain she's caused by not doing the right thing. I love my self-absorbed mother, but we were never really close. And my cousin--I had absolutely no desire to take on yet another caregiving responsibility, especially one that could've been avoided with planning. And my 70-something in-laws have proven to be every bit as difficult (including hysterical 2 a.m. phone calls from my MIL) as we'd feared. I'm 60 years old and I want to enjoy my life with my spouse, not stagger under the weight of caregiving for uncooperative people I don't even like that much.

Louise put it well \"caregiving is both the blessing of a lifetime and a burden unlike any other\".\r\nIve felt both the blessing and the burden!\r\nI find Mary's insight is powerful: \"it’s all about perspective and I have the freedom to choose. I am not a victim of someone else’s circumstance. I will always be free to find the love and joy in all things\".\r\nAs much as it has sucked to loose my spouse to a slow debilitating disease and I've longed for things to be back the way they were....its my choice to find the joy in the day at hand or be devoured by feelings of despair &amp; resentment.\r\nIm not saying to deny feelings, by all means, we need to feel. My feelings have purpose and tell me a lot about whats going on with me, others &amp; situations around me.....I need to acknowledge and addressed them.\r\nEach day I strive to allow time to feel and acknowledge what ever Im feeling, but then allow equal time to finding gratitudes in my day or opportunity to make some one else's day better in some little way. \r\nIf I choose to sit the day out, stuck in the overwhelming feelings I can experience, I wont be much good to my caree or myself (and guarantee us both a miserable day).

Well, I don't believe in blessings. Like George, I'm not religious but I realize that religion gives some people comfort and I say, whatever gets you through, go for it. But for me, knowing that there is no fairness in the world, just bad genes and dumb luck, is more comforting than thinking there is some less than divine plan that includes my mom suffering and having her body sliced and diced to remove cancer. \r\nIs it a burden? Yeah, it is. It sucks and it is hard and thankless and enlightening in ways that are not joyous. People let me down and my best efforts in many cases mean nothing bc I will never be enough to stop the cancer if it wants to keep coming.\r\nI accept the burden and don't bitch about it, because I want to help my mom (even when she is calling me names.) But, this is not the life I saw for myself and not the life she saw either. It is draining and straining my relationship with my husband who already suffered with clinical depression before my mom got sick. I just was coming out of the ordeal of his 2013 suicide attempt when my mom got sick. \r\nUnlike George, I am not getting in great shape to prepare for the next phase of life. I quit my job, gained weight, haven't had a haircut in 6 months. have no social life and fight with the rest of my family. Oh, and I'm also going broke. Blessing???\r\nI had never heard of MRSA before this happened and now I've seen and tended to wounds as big as gaping mouths and I've bleached my house so many times, the tiniest whiff of bleach and I wretch. I had never heard of Inflammatory Breast Cancer and now I've seen it from beginning to radical mastectomy. I'd never heard of medical delirium either, but now, anytime my mom gets confused or says she has the chills I go on high alert. \r\nThat said, I do have the peace of mind that comes with doing the right thing, for the right reason.\r\nI guess like many of us, I just wish I had a crystal ball. I know there are no real happy endings, but maybe a happy year? I have a few laughs with my mom and there are good days, but enough of them. I make funny and touching videos of her telling old stories. It's not all misery. I would be a liar though, if I said I didn't want my life back.

A blessing or a burden? I think part of the answer depends on the length of the illness and the age of\r\nthe caregiver. Although my husband was diagnosed in 2009 we were able to do many things together\r\nbefore his memory started to fade. It wasn't until 2014 that he really could not function and had episodes\r\nof not knowing me. I spend everyday in the personal care home and later in the nursing home with him\r\nand I truly was most comfortable taking care of him there and fighting to be sure he got the best care.\r\nStill I only had to deal with 10 months with him away from home. Being separated even though I saw him\r\neveryday was extremely hard on him and on me. I always thought I would be able to keep him at home and take care of him. Because he had done so well, I never considered that he would get to the point were I couldn't\r\nhandle him. \r\nWhen I look back I appreciate the love and trust he had in me even in the nursing homes.\r\nHe hunted for me if I wasn't there and usually could figure out who I was. He hated the dementia\r\nand wanted to die. He finally stopped eating and then drinking. He passed a few weeks after I called\r\nin hospice. \r\nI am in my 70's and I admit being on my own is very hard. I miss him every day but I (in all truth) for his sake am thankful that he didn't linger in that demented state. Dementia and Alzheimer were his biggest fear.\r\nI have many good memories of times even when he was sick including when he became exceedingly reliant\r\non me. Wrapping my life around him while he was sick helped me but having to make decisions for him\r\neven though I had all the right documents and knew what he wanted was still extremely hard.\r\nI can't determine if its a blessing or a burden, I think each caregiver has to decide. I do know\r\nit is a lonely venture with very little or no help from other family members.